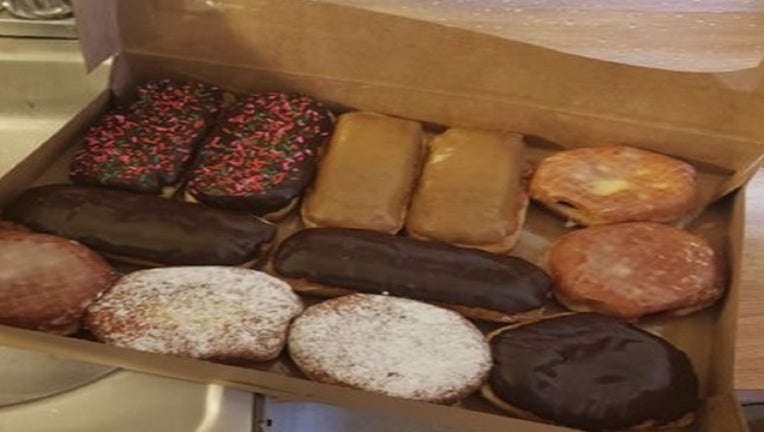 FOX NEWS - A Washington sheriff's office reported the strange case of a burglar who was arrested after offering responding deputies a box of doughnuts as a "peace offering."

"People say cops love donuts but we don't recommend this method of delivery," the King County Sheriff's Office posted on Facebook Thursday, mentioning a June 16 break-in at its substation in Fairwood.

"What did the suspect steal after breaking into the storefront?" the post asked. "Absolutely nothing. Instead, he was found sitting at the table in the back room where deputies usually complete paperwork. The suspect had his feet up on a chair, watching TV and had just finished smoking a cigar."

The deputy who responded asked the suspect if he broke the window to the storefront, and the suspect casually replied, "Yep."

The man said he would rather go to jail for burglarizing the substation than "kill his roommate," the post said.

"But, fearing deputies would be mad at him for the break-in, the suspect brought along a peace offering: a fresh box of donuts he'd just purchased from a nearby grocery store," according to the post. "What cop doesn't love donuts, right?"

The man got his wish and was booked into the jail for malicious mischief and trespassing, the Seattle Times reported.

A sheriff spokesperson told the paper the man did not offer more information about the roommate.