Bruce Willis stepping away from acting after aphasia diagnosis

Actor Bruce Willis is "stepping away" from acting after being diagnosed with aphasia, which is a condition that is caused by damage to portions of the brain and can affect the ability to speak or communicate. The actor, best known for films including the "Die Hard" series, "Armageddon," the "Red" films and "The Sixth Sense."

Bruce Willis is taking a break from acting as he battles a health diagnosis, his family revealed Wednesday.

The 67-year-old actor has been diagnosed with aphasia, the family announced on social media.

"Bruce’s amazing supporters, as a family we wanted to share that our beloved Bruce has been experiencing some health issues and has recently been diagnosed with aphasia, which is impacting his cognitive abilities. As a result of this and with much consideration Bruce is stepping away from the career that has meant so much to him," the family statement read.

It continued: "This is a really challenging time for our family and we are so appreciative of your continued love, compassion and support. We are moving through this as a strong family unit, and wanted to bring his fans in because we know how much he means to you, as you do to him."

"As Bruce always says, ‘Live it up’ and together we plan to do just that," read the statement, written on behalf of his wife, Emma, ex-wife Demi Moore, and daughters Rumer, Scout, Tallulah, Mabel, and Evelyn. 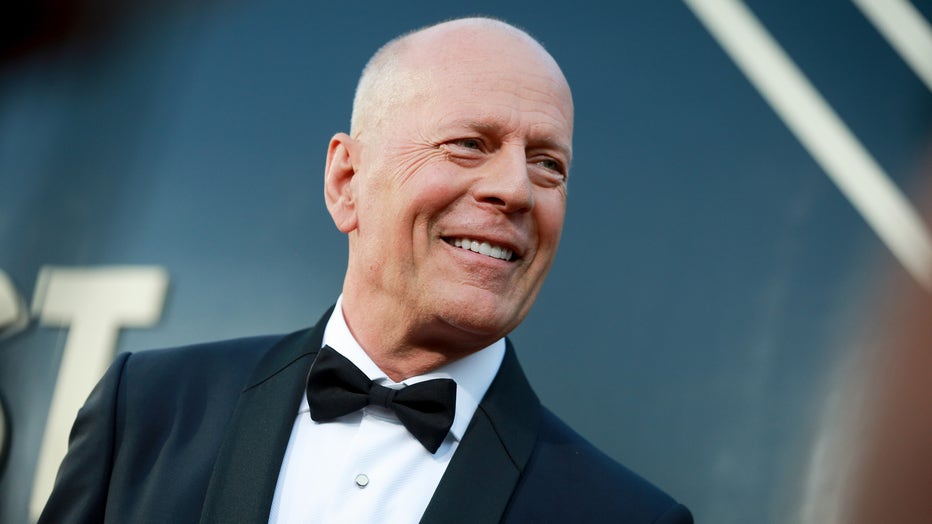 According to Mayo Clinic, aphasia can affect the person's ability to speak, write and understand language, both verbal and written. "It typically occurs suddenly after a stroke or a head injury but can also come on gradually from a slow-growing brain tumor or a disease that causes progressive, permanent damage (degenerative)," Mayo Clinic explains on its website.

News of the "Die Hard" actor's diagnosis comes a little over a week after his 67th birthday.

Willis' ex-wife Demi Moore recently sent him a special birthday message on Instagram. The post featured a picture of Moore with Willis. "Happy birthday, Bruce! Thankful for our blended family," Moore captioned the image of the former couple, adding a white heart emoji.

Moore and Willis have remained friends since their divorce. The exes were married from 1987 to 2000. They share three daughters together: Rumer, 33, Scout, 30 and Tallulah, 28.

Willis remarried in 2009 to Emma Hemming and has two young daughters: Mabel, 9 and Evelyn, 7.

In 2020, Moore, Willis and their daughters quarantined together during the coronavirus pandemic.

"There's been a lot of challenges and a lot of tragedy with this pandemic, but I also think there's been a lot of gifts and blessings," Moore previously said during an interview with Naomi Campbell. "I personally feel like I was really grateful for things slowing down and the time that we had."

Moore and Willis were later joined by the actor's wife.

"My daughters love their little sisters and for me, our family, regardless what the shape of it is, it's important to keep together and for the little ones to feel comfortable with me, and to know me so they also know their sisters better," Moore reflected. "It was really sweet and we did have some silly times for sure."