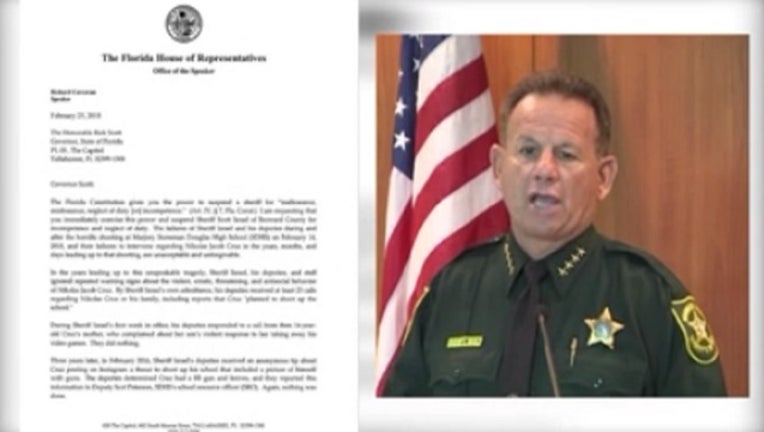 Sheriff Scott Israel said Sunday he would not resign, criticizing a state representative who called on Gov. Rick Scott to remove him from office.

More than 70 state lawmakers have signed a letter calling for the sheriff's suspension.