Marc Pilcher, makeup and hair artist for Netflix’s wildly popular series, "Bridgerton," has died of COVID-19 despite being fully vaccinated against the virus, The New York Post reported.

Pilcher was just 53 years old and had no underlying health conditions.

"It is with the deepest of hearts we confirm that Marc Elliot Pilcher, Academy Award Nominee and Emmy Award winning hair and makeup designer/stylist, passed away after a battle with Covid-19 on Sunday 3rd October 2021," his family told Variety in a statement via Curtis Brown, Pilcher’s agency.

Pilcher recently won the Creative Emmy for Outstanding Period and/or Character Hairstyling on Sept. 11 for his work on "Bridgerton," according to the New York Post. 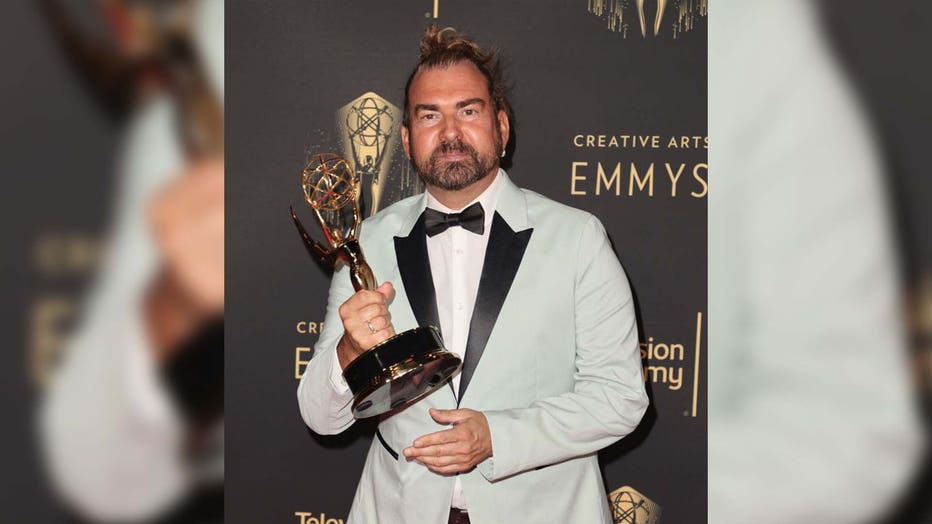 FILE - Marc Pilcher poses with the award for Outstanding Period And/Or Character Hairstyling for "Bridgerton" at Microsoft Theater on Sept. 11, 2021 in Los Angeles, Calif.

The makeup artist had tested negative several times for the novel coronavirus before attending the Emmys this year and became ill after returning home, the New York Post reported. It was not clear where and how Pilcher got COVID-19.

The 2021 Emmy Awards was among the first few award shows to have returned to normal in-person broadcasts since the outbreak of the coronavirus pandemic. At the show, few audience members wore masks or maintained social distancing.

The lack of preventative health measures was so obvious that even award presenter and actor, Seth Rogan, made impromptu comments, slamming his fellow actors and the award show organizers, calling the event a "hermetically sealed tin."

"I would not have come to this," he said. "Why is there a roof? It is more important that we have three chandeliers than that we make sure we don’t kill Eugene Levy tonight. That is what has been decided."

Levy is, of course, an icon of comedy television, whose age of 74 puts him at a higher risk for coronavirus. Rogen, 39, joked that it was "insane" for so many people to be packed into such a space.

All Emmy guests were required to be fully vaccinated to attend the in-person event.

"Bridgerton" star Nicola Coughlan, who plays Penelope Featherington, wrote an emotional tribute to Pilcher on Twitter, saying he was a "visionary" and "extremely talented."

"So heartbroken by the loss of Marc Pilcher, the brilliant and visionary Hair and Makeup designer for Bridgerton Season One. Marc was so passionate about his work and so tremendously talented. Not even a month ago he won his first Emmy award," Coughlan wrote. "It’s a tragedy that he’s been taken so young when he had so much yet to do. Please also use this as a reminder that Covid is still a very real and present danger, please get vaccinated and mask up to protect yourself and others."

RELATED: Chris Rock says he has COVID-19: 'Trust me, you don't want this'

"The passing of Marc Pilcher is beyond words. I will forever be in awe of the incredible hairstyling and makeup work that he brought to Bridgerton. My heart goes out to his loved ones as we lost him way too soon," Rhimes’ tweet read.

Pilcher worked on several film and TV productions such as "Downton Abbey," "Beauty and the Beast" and "The Nutcracker and the Four Realms," according to IMDB.