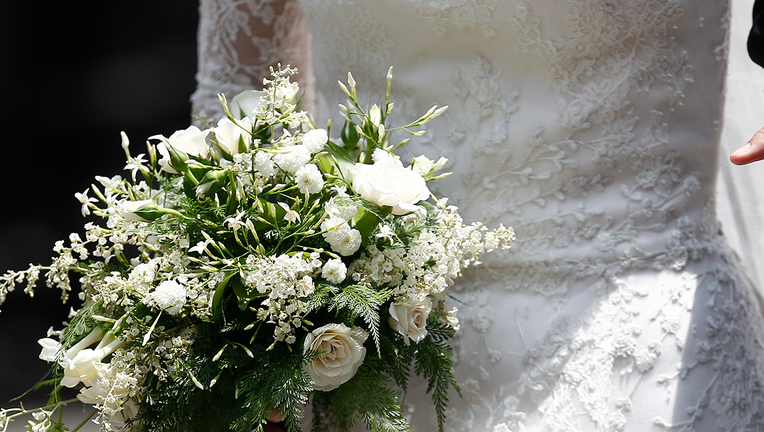 Typically, photographers expect to receive payment for working a wedding — not to dole it out.

Yet, as one frustrated professional revealed, that’s exactly what one bride tried to convince him to do: Pay her for the privilege of shooting her wedding.

Reddit user Breathofthemild420 posted the bizarre story to the site’s forums, where the photographer explained the bride’s proposition: “‘You pay us $50 and then start taking photos that you can sell at the wedding to people who want them. That way we can use the money for the wedding and you still might get paid.’”

After explaining that the bride was a friend, the story continued. “I said no obviously. But nicely," the Reddit user claimed. "She was very upset with this and started to cry when I said I'd do the wedding for just $50 which is way below my rate. She started with the bridezilla anger stuff, which I had to deflect for an hour until she called me a ‘bad friend’ and said she'd do the same for me.”

After this, the photographer explained how the bride and her friends and family continued to leave angry, harassing messages. Even after the photographer offered to do the wedding for free, the bride refused and demanded to get paid.

“Phone calls and messages persisted, getting all scorched-earth,” the post continued. “Several dozen calls in the same day, and several HUNDRED texts. We would get a ‘stop in’ at least once per day which became increasingly threatening. It was turning into a s--- show. So I finally [I] just told her I'd do it and pay her on the wedding day. I never had [the] intention of showing up at this point.”

The photographer claimed to not have heard anything else from the bride until the day of the wedding, when no one showed up to take pictures.

“I got literally a hundred or more texts in 30 minutes and a half a dozen phone calls complete with angry voicemails,” the Redditor wrote. “I didn't pick up. Around three, I see a car roll up to my place and it's her dad. He starts beating on my door and yelling after I won’t answer.”

The post went on to describe how the phone calls continued until the next day. According to the photographer, “There were no pictures other than cell phone shots from guests. Apparently I was ‘called out’ in the best man's speech.”

After posting the story, the photographer alleged that the harassment continued and he contacted the authorities — who arrested the bride and her dad.

“Got a call from an officer, my wife and I went down and did one more statement. The bride and her dad were both arrested last night after I called it in. They had all the evidence they needed from social media and the messages I submitted. I'm not sure what happens next but I'm glad action is being taken and the state is taking the case. The phone calls and stop-ins have muted and I'll likely be subpoenaed to testify I think.”

Many Reddit users were completely baffled by the story, with one comment saying, “I had to read that three times just now to make sure I was reading it correctly. The most alarming part of this entire thing to me is not the bride. I have read thousands of stories of crazy brides. But what gets me the most is that so, so many people back up the bride in her insanity.”

Another user added, “I have never in my life heard of a photographer paying a bride for the pleasure of taking her wedding day photos. I hope to god this is not a new trend amongst the professional moochers and ‘influencers.’ This bride and her loser family should be ashamed of themselves but it seems to be a concept they don’t grasp.”

Of course, not everyone was on the photographer’s side. While they didn’t agree with the bride’s behavior, they didn’t think it was right to agree to work the wedding when there were no intentions of showing up.

“He should never have said yes," one user argued. "That's what the main issue is in my mind. Professional photography is a very generous gift but a gift must be offered. It was beyond ridiculous that he was verbally assaulted but agreeing to the deal and then just not showing up was a jerk move.”