Local law enforcement agencies are pointing fingers over a low bond that was set for a road rage shooting suspect.

ORANGE COUNTY, Fla. - A judge revoked the bond for a teenager suspected in a series of road rage shootings in Orange County after being arrested for the second time in one week.

Emanuel Bullard, 19, appeared in court on Friday morning. He was released on bond earlier this week but was rearrested on Thursday when another alleged victim came forward, implicating him in a 5th shooting.

State Attorney Monique Worrell released a statement after the judge's decision that says in part:

"As soon as our office became aware of the details surrounding the case, we immediately worked with law enforcement to gather the information needed to file a motion for pre-trial detention on that same day. That motion was addressed by the court today and as a result, Mr. Bullard is currently being held with no bond.

A teenager suspected in a series of road rage shootings in Orange County is set to appear in court after being arrested for the second time in one week.

This case is an example of the importance of timely communication between law enforcement, the State Attorney’s Office, and the judiciary. The system collectively failed to handle this case with the gravity it deserves. We are thankful that this matter was able to be rectified quickly, and we are committed to working closely with our law enforcement partners to make the necessary adjustments going forward to ensure the safety of our community." 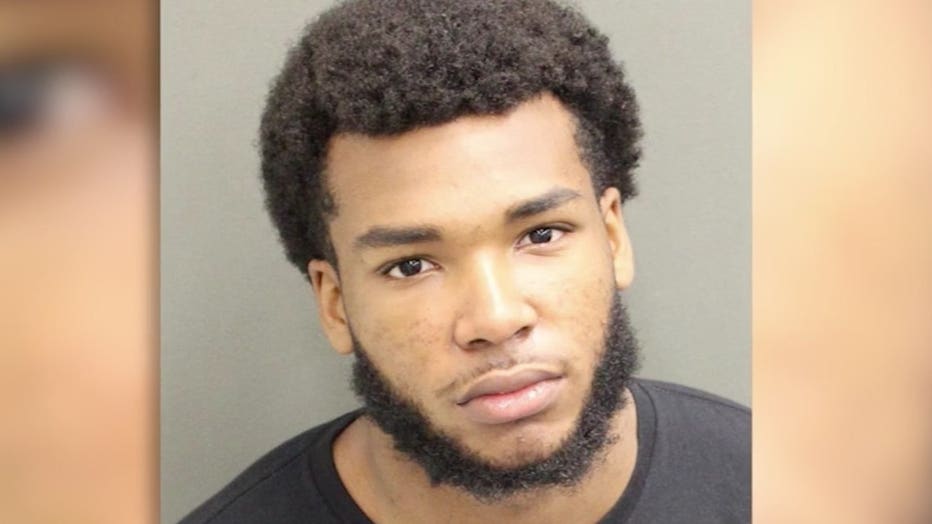 The Orange County Sheriff's Office re-arrested Bullard on Thursday for a shooting that happened on Colonial Drive and Alafaya Trail in December 2021.

"Thankfully because of the news stories another victim came forward in another shooting that happened on December, 30th at Colonial and Alafaya."

Bullard did not speak as he was taken to jail.  According to investigators, another victim called them after seeing video of Bullard and his car on the news and said, "That's the guy who shot at me!"

Bullard was originally arrested for four different shootings. Deputies say he shot at cars throughout Orange County since late December. Deputies say you can see the gun firing out the window in surveillance video captured during one incident.

An anonymous tip led them to finding Bullard.

According to an arrest report, the tip came in and led deputies to Bonneville Drive where they found the Mercedes with damage. During the execution of the warrant, deputies say Bullard fled into the woods behind the residence. He eventually surrendered.

Barb Bergin with Crimeline discusses how anonymous tips can get dangerous suspects off the streets.

He bonded out of jail the day after he was first arrested.

Many were upset when Bullard bonded out of jail on $3,500 bond earlier in the week. Sheriff Mina tweeted out, "I’m confident he will remain in jail this time.

When asked if Bullard might be tied to other suspected road rage shooting incidents, the sheriff replied, "No other victims have come forward but certainly if they’re out there, we’ll hear them out and see if he's responsible for other crimes."

Bullard is charged with five counts of aggravated assault with a firearm and shooting into an occupied vehicle.