FOX 35 News is getting a first look at a weapon deputies say was pulled on them by a suspect that prompted them shoot and kill that man. We also see body camera video worn by an officer who attempted to stop the man before the deadly shooting.

DELTONA, Fla. - New body camera video shows how a seatbelt violation led to a pursuit that ended with the death of a 37-year-old Deltona man.

On Tuesday afternoon, a DeLand police officer pulled over Gregory Howe for not wearing a seatbelt. The officer said he noticed Howe reaching over to the side of the white GMC pickup truck he was driving.

The officer then returns to his car and calls for backup, saying Howe was acting strange.

“The guy’s really finicky when I was going to stop him, he was reaching to the right side of his car. He’s got a suspended DL,” he says to another officer.

Both then approach Howe to write him up for two citations, a seatbelt violation and a suspended license. He is seen on video putting the truck in drive and taking off.

“Don’t do it,” the officer can be heard saying before he flees.

Wednesday, during a media briefing, DeLand police chief Jason Umberger said he wanted to point out his department’s involvement. 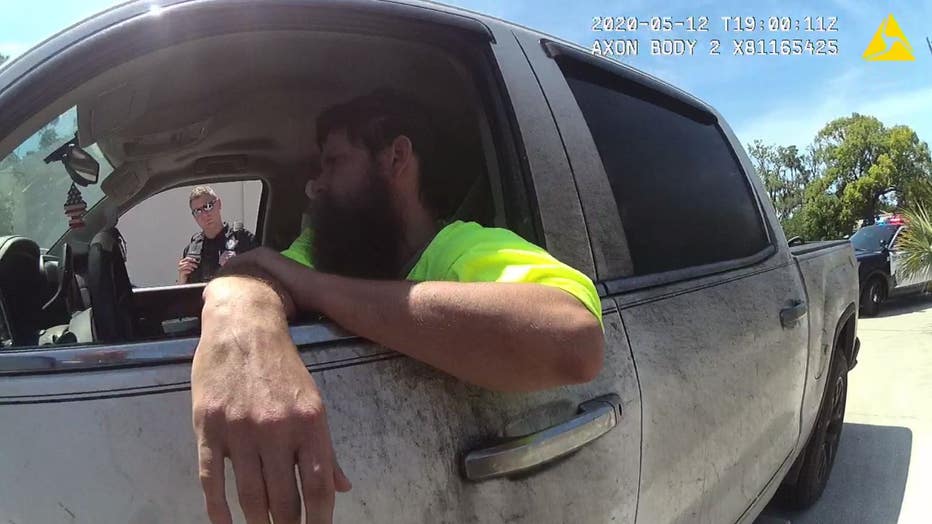 “I just want to make it clear. We were not involved in that pursuit,” he said.

He explained it was his department’s policy to not chase after people in certain situations if the citations were minimal.

In this case, a seatbelt violation and a suspended license and the added fleeing charge.

“None of these were qualifying offenses for us to engage in a pursuit,” he said.

The officers did however send the information over radio, which was picked up by Volusia County deputies. They later spotted him in their jurisdiction and started a slow-speed chase pursuit to his Deltona home.

Sheriff Mike Chitwood said Howe pulled out an assault rifle when deputies parked next to him in his driveway. Deputies then fired 20 rounds, killing him.  A picture of the rifle claimed to be in Howe's possession was released by the Sheriff's Office late Wednesday afternoon. 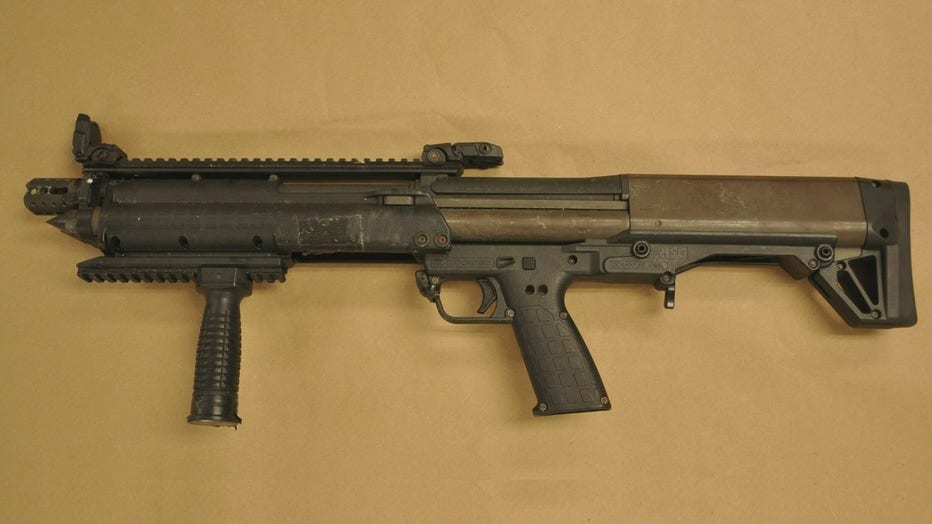 In response to Chief Umberger’s news briefing on Wednesday, Sheriff Chitwood took to social media writing in part, “Call it whatever you want - pursuit, chase, following at low speed - our deputies on the ground and our Air One crew in the sky were tracking this suspect all the way to Deltona, where, after multiple stop stick hits deflated his tires, he made a final decision that cost him his life.”

He added Howe has since been identified as a suspect in a shooting in Orange City, where a woman was shot.