The Orlando Police Department is still searching for one person involved.

The incident happened at about 1 p.m. at Jacobs Place and S. Lakeland Avenue. Police said that two officers in clothing marked ‘police’ pulled through an intersection where three armed males were on bicycles. The officers were not looking for these individuals.

"Preliminary information indicates the 3 subjects opened fire on the vehicle, and officers had to return fire from inside the vehicle," they explained.

Two of three subjects said to be involved were taken into custody on Tuesday while a third suspect was arrested on Wednesday. FOX 35 News has an exclusive video of the third suspect's arrest, which you can watch here.

Jameon Brown, 22,  Michael Collins, 19, and Travis Weston, 17, are each charged with attempted first-degree murder of a law enforcement officer and aggravated assault with a firearm. 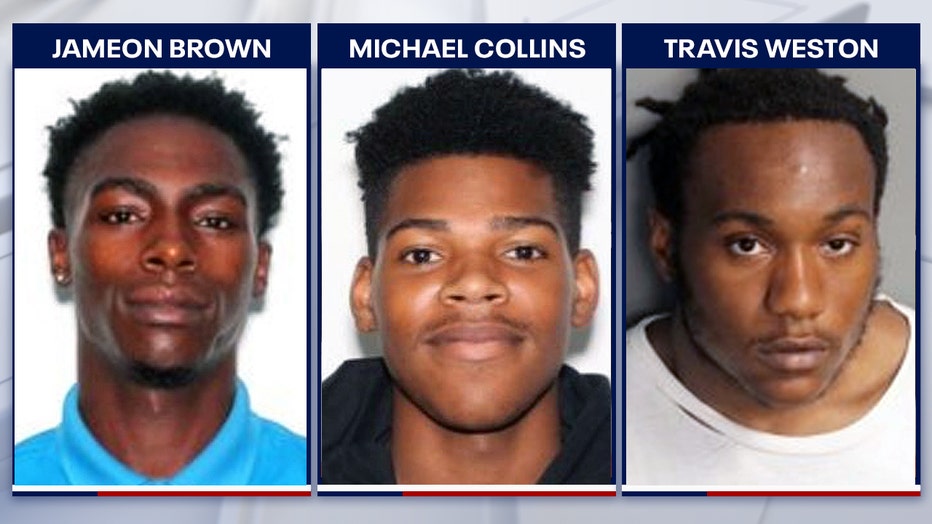 Jameon Brown, 22, Michael Collins, 19, and Travis Weston, 17, are charged with attempted first-degree murder of a law enforcement officer and aggravated assault with a firearm.

Those who may have additional information on this incident are asked to contact Crimeline at 1-800-423-TIPS. For emergencies, always dial 911.