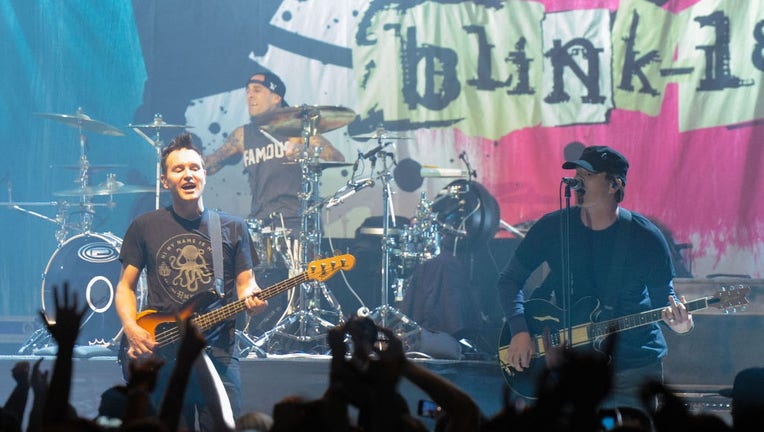 LOS ANGELES - Blink 182 has announced a new album, and the members will reunite with founding member Tom DeLonge for a 2023 tour.

The pop-punk band released a video on Tuesday sharing the news, saying a new song is coming Friday and tickets for the tour — which includes a North America leg — will go on sale Monday.

Blink 182 will kick off their global tour in March 2023 in Tijuana, Mexico, touring through South America before heading to North America in May for dozens of shows across the U.S. and Canada over the summer.

DeLonge started Blink 182 with singer-and-bassist Mark Hoppus in 1992, releasing a couple of albums with a different drummer before Travis Barker joined in 1998. The trio released "Enema of the State" in 1999, which include songs like "What’s My Age Again?" and "All the Small Things" — catapulting them to success.

Together, they released "Take Off Your Pants and Jacket" in 2001, as well as another self-titled album in 2003 before announcing an indefinite hiatus in 2005.

Over the years, the band did side projects, including DeLonge’s Angels & Airwaves. In 2008, Barker was in a small plane crash that killed four of the six people on board, leading the trio to return for a reunion tour in 2009, according to Pitchfork. 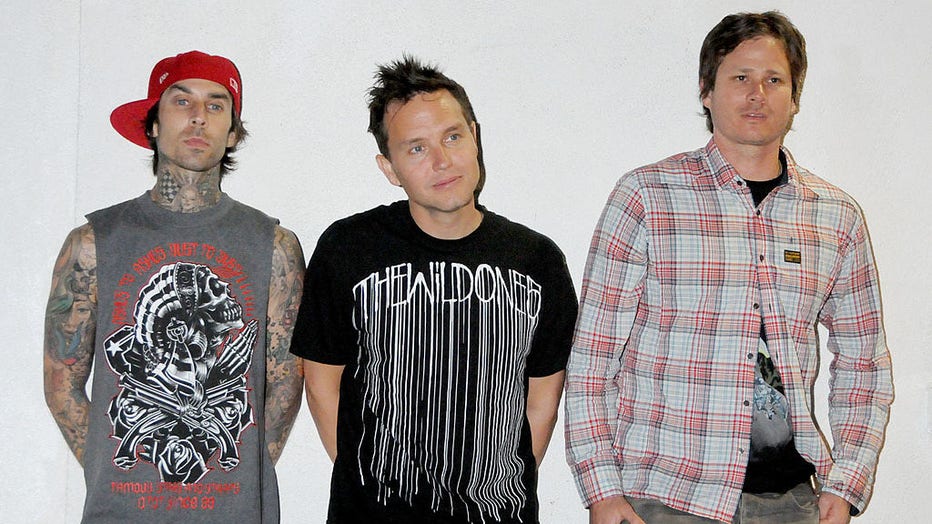 FILE: Travis Barker, Mark Hoppus and Tom Delonge of Blink-182 are pictured on May 18, 2009, in Los Angeles, California. (Photo by Gregg DeGuire/FilmMagic)

Blink 182 continued touring and released "Neighborhoods" in 2011 before DeLonge left the band in 2015. The band replaced DeLonge with vocalist and guitarist Matt Skiba for albums "California" (2016) and "Nine" (2019).

In recent years, DeLonge notably spent a lot of time researching UFOs and extraterrestrials and founded the company To The Stars Academy of Arts and Sciences. He was also the executive producer behind the History Channel series, "Unidentified: Inside America’s UFO Investigation."

In 2020, the Pentagon declassified UFO videos that had been previously shared by DeLonge’s company and the New York Times.

A highly anticipated report containing everything the U.S. government knows about UFOs — or as the Pentagon refers to the mysterious aerial sightings, "UAP" — was unclassified and released to the public Friday. The report was released on the website of the Office of the Director of National Intelligence. NewsNOW's Andrew Craft spoke with UFO expert Nick Pope on the unclassified report that looked at 144 sightings of aerial phenomena from 2004 to 2021. It does not rule out alien activity, but also did not confirm that the sightings were extraterrestrial.

Barker, meanwhile, has released solo music and collaborated with several artists, including Machine Gun Kelly, Asher Roth, and Post Malone. His marriage earlier this year to Kourtney Kardashian has also made him more of a pop culture figure in recent months.

In June 2021, Hoppus revealed that he was battling cancer and had been undergoing chemotherapy for several months. By September, Hoppus shared that he’d been declared "cancer free."