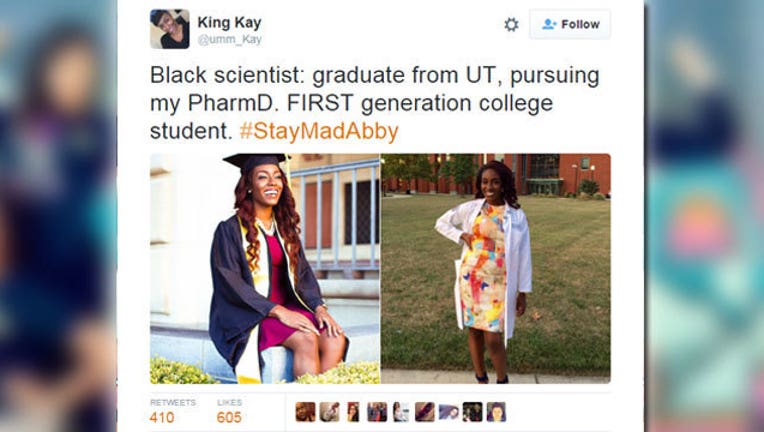 Black college students and graduates are responding to comments made by Supreme Court Justice Antonin Scalia during a Wednesday hearing for the ongoing Fisher v. University of Texas case.

“There are those who contend that it does not benefit African-Americans to get them into the University of Texas where they do not do well, as opposed to having them go to a less-advanced school, a slower-track school, where they do well,” he said.

Scalia’s argument did not sit well with many black students and graduates succeeding in prestigious schools. Hundreds are using the #StayMadAbby hashtag to show photographs in caps and gowns and, particularly for UT-Austin students, throwing up their horns.

In 2008, Abigail Fisher was denied admission to the University of Texas at Austin and decided to sue the school for race discrimination— claiming that as a white student, the university denied her admission because of her race. Only 47 students admitted to UT-Austin that year had lower GPA's and test scores than Fisher— 42 were White, only five were minority students. Fisher has since graduated from Louisiana State University.