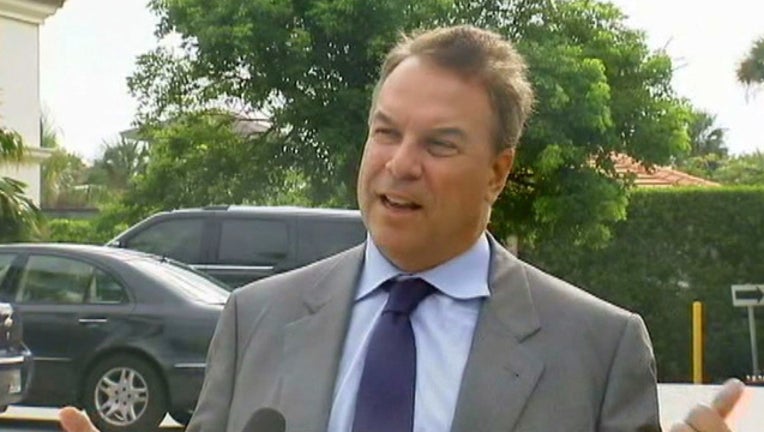 Greene, 63, who lives in Palm Beach two doors down from President Donald Trump’s Mar-a-Lago resort, ran unsuccessfully for the U.S. Senate in 2010. Greene earned 31 percent of the vote in the Democratic primary but was far behind former U.S. Rep. Kendrick Meek, who had 57.5 percent.

Greene also ran unsuccessfully in 1982 as a Republican for a congressional seat in California.

Christian Ulvert, a top adviser to Levine’s campaign, noted that Greene is entering the race just 50 days before the Aug. 28 primary ballots are mailed out. Levine and Graham have been the early leaders in the primary, although a large swath of Democratic voters remain undecided, public polls indicate.

Levine’s campaign has been bolstered by television ads financed by more than $15 million he has raised through May, including some $8 million in personal contributions.

But Greene, who has a net worth of $3.8 billion according to Forbes, will be able to immediately compete if he decides to self-fund his campaign like he did in 2010, when he spent nearly $24 million in his Senate bid.

While welcoming Greene to the race, Gillum said he remains the only “non-millionaire” running in the primary. “I believe Florida Democrats need a true champion for working people as their nominee,” he said in a statement.

Although his personal wealth may be an asset, Greene is likely to face questions in the Democratic primary over favorable remarks he made about Trump shortly after the president’s election in November 2016.

In an interview with Forbes, Greene said he supported Hillary Clinton in the election but urged Democrats to get behind Trump “and not think about voting him out of office,” noting his non-political background may give him an opportunity “to look at everything with fresh eyes.”

But Greene criticized Trump for allowing “previously intolerable rhetoric to become tolerable,” pointing to campaign statements about keeping Muslims out of the country and identifying Mexicans as “rapists.”

“He opened the door to bigoted and racist behavior,” Greene told Forbes. “I hope he is going to pivot away from that rhetoric.”

Greene lives with his wife, Mei Sze Chan, and three sons in Palm Beach. A native of Massachusetts, he has an undergraduate degree from Johns Hopkins University and a master’s degree in business administration from Harvard.

Greene may not be the only late-arriving candidate in the Democratic primary for governor, with former U.S. Rep. Patrick Murphy, who represented a congressional seat in Martin, St. Lucie and Palm Beach counties, also contemplating a bid.

Murphy said he is exploring a campaign that would include former U.S. Rep. David Jolly, a Pinellas County Republican, as his running mate.

Candidates for governor, Cabinet seats and legislative offices will formally qualify for the 2018 ballot from June 18 to June 22.

The winner of the Aug. 28 Democratic primary for governor will face the winner of the Republican primary, where Agriculture Commissioner Adam Putnam and U.S. Rep. Ron DeSantis of Palm Coast are the leading candidates. Gov. Rick Scott, who is running for the U.S. Senate, is leaving office in January because of term limits.