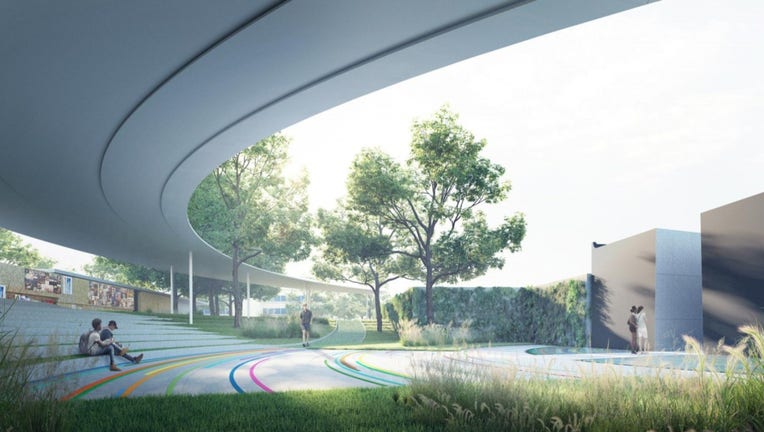 LAKE MARY, Fla. - The U.S. House of Representatives has unanimously passed a resolution that would designate the Pulse Nightclub as a National Memorial Site.

H.R. 3094 grants a federal designation honoring the 49 lives taken on June 12, 2016, as well as the survivors, first responders, and the entire Central Florida community.

“Four years ago, we saw the atrocious and destructive nature of hatred plague our Orlando community when 49 lives were taken and 53 others were injured. As we continue to honor the memory of those lost, I am proud to lead the fight with Congresswomen Val Demings and Stephanie Murphy to designate the National Pulse Memorial," said Rep. Darren Soto, D-Kissimmee, who introduced the legislation last year.

"Today, we remind the world that hate will never defeat love, grief can turn into strength and that a place of loss can become a sanctuary of healing. Together, we will continue to open minds and hearts. We will make the Pulse Memorial a national symbol of hope, love and light,” Soto added.

"We will always honor the family, friends, and neighbors we lost that night. Today, the U.S. House moved forward legislation that will help to ensure that the memories of the victims will always be a part of our national identity and that they will never be forgotten,” said Rep. Val Demings, D-Orlando.

“We owe it to the families and loved ones of the victims to honor their memories by dedicating a national memorial at Pulse. I’m proud to be co-leading this effort to create a place of healing for survivors and a welcoming place for all those seeking inspiration to create a better, safer, and more inclusive nation," added Rep. Stephanie Murphy, D-Winter Park. "By taking this important step, we are telling the world that we will fight to ensure no community will ever go through something like this again.”

Speaker Nancy Pelosi delivered remarks on the Floor of the House of Representatives in support of the bill.

"Pulse was a monument to joy, a tribute to resilience and pride born out of the grief that Barbara Poma experienced after losing her brother, John, to AIDS.  That was her motivation for starting this," she said. "May the grief that we experience now, at the loss of 49 who were murdered, move us to turn our pain into purpose."

Speaker Pelosi then spoke of subsequent mass shootings following Pulse and called for action against what she called the epidemic of gun violence.

There is currently no companion bill in the U.S. Senate.