Biketoberfest kicks off in Daytona Beach

The annual Biketoberfest is underway in Daytona Beach and organizers are keeping a close eye on the weather. A tropical system is moving across the state over the weekend and that could produce rain and wind for the region. Reservations were slow at the beginning but are starting to pick up, which is good news for Daytona Beach.

DAYTONA BEACH, Fla. - Biketoberfest is officially underway in Daytona Beach as thousands of bikers hit the streets for the four-day rally.

"We’re just tickled pink to see how well Bikertober Fest has turned out for Daytona," said Bob Davis with the Lodging and Hospitality Association of Volusia County.

Davis said bookings were slow but picked up.

"Originally, the reservations were very slow and coming, but boy have they picked up in the last few days," he said.

He said the county hopes to recover from a dull Labor Day weekend due to Hurricane Dorian.

"We lost $21 million in revenue over Labor Day," he said.

A loss like that, Davis says, hits Daytona hard.

"That hurts the businesses but it also hurts the working class, the room attendants, the front desk, the bartenders in bars," he explained. "When we don’t bring in business, they have no income."

He said activity in the tropics impacted tourism from nearby states like Georgia and South Carolina.

"They got some of the storms so that cut off the route to bringing tourists - when we didn’t have the weather, but it was a threat of weather," he said. 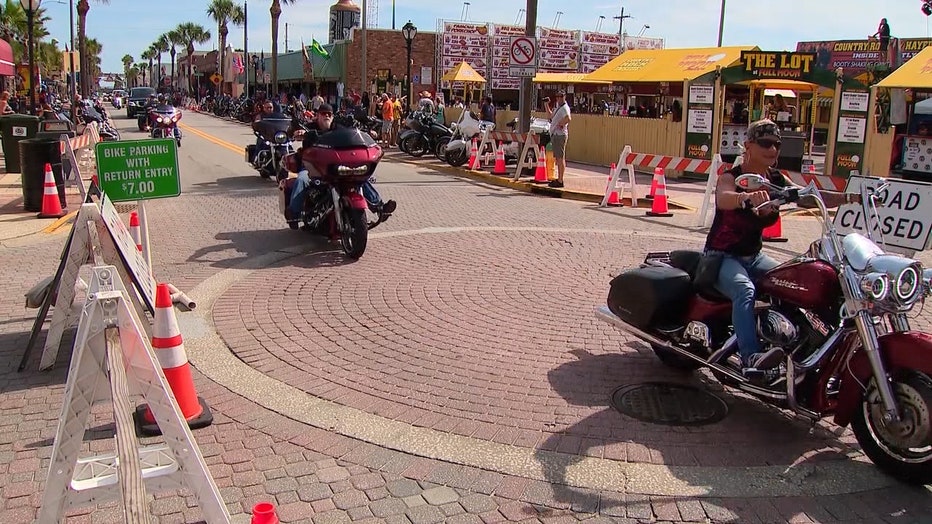 Meanwhile, the crowds this weekend are expected to keep police busy.

"We’ll put our motorcycle units up on top of the bridges running radar and conducting traffic enforcement for the safety of everyone," said Daytona Police Chief Craig Capri.