WASHINGTON - October is Cybersecurity Awareness Month and President Joe Biden is marking the occasion with a meeting of the minds.

Biden plans on facilitating a 30-country meeting to organize defenses against cybersecurity threats like ransomware. He also hopes the meeting will accelerate cooperation in combating cybercrime, improving law enforcement collaboration and stemming the illicit use of cryptocurrency.

"Cyber threats can affect every American, every business regardless of size, and every community. That’s why my administration is marshalling a whole-of-nation effort to confront cyber threats," Biden said in a statement. 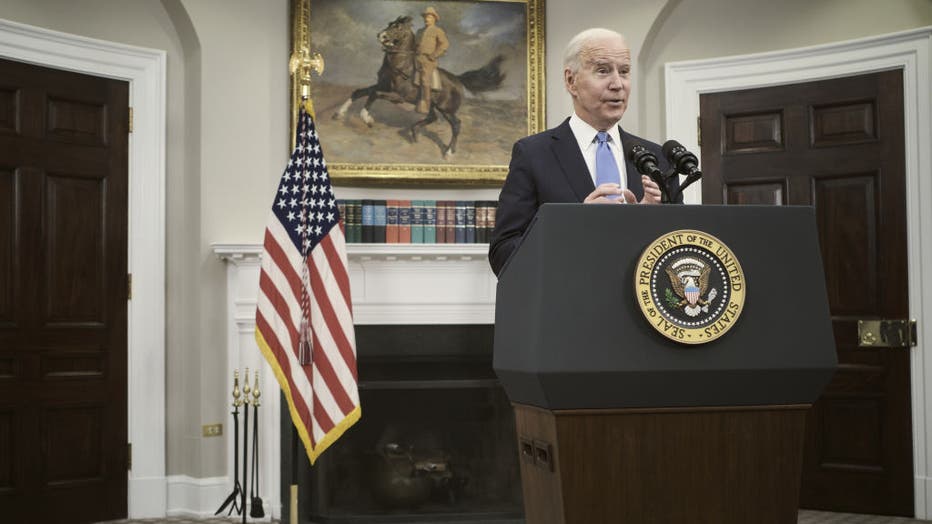 Ransomware is a type of malware where one party threatens to publish or block access to the victim’s data unless they receive a ransom.

Some ransomware attacks can be easily undone by an IT professional. But cryptovirology is much harder to reverse as it involves encrypting the victim’s data. Without a decryption key, the data may be lost.

In July 2019, Springhill Medical Center — located in Mobile, Alabama — suffered a ransomware attack. According to a lawsuit, a woman alleges her her 9-month-old baby was born with severe brain injuries and later died as a result of a ransomware attack that crippled the hospital’s computer system and the facility’s response, which resulted in diminished care.

This year, the Colonial Pipeline, a major U.S. fuel pipeline along the East Coast, was hit by a ransomware attack this spring, threatening America’s fuel production and driving prices higher for consumers. Russian hackers were blamed for the attack.

Colonial Pipeline confirmed it paid $4.4 million to the hackers.

In June, The Brazilian meat processor JBS SA notified the U.S. of a ransom demand from a criminal organization likely based in Russia. In a statement, JBS said the cyberattack affected servers supporting its operations in North America and Australia.

JBS has extensive facilities in the U.S., including processing plants in Texas and Colorado.

Since the spring attacks, Biden signed an executive order aimed at modernizing America’s cyberdefenses. In July, he formed a ransomware task force.

In early August, the Senate passed the K-12 Cybersecurity Act which would direct the Cybersecurity and Infrastructure Security Agency (CISA) to work with teachers, school administrators, other federal departments and private sector organizations to examine cybersecurity threats that pose a risk to K-12 educational institutions.

The House passed the bill Wednesday, sending it to Biden for his signature.

"This October, even as we recognize how much work remains to be done and that maintaining strong cybersecurity practices is ongoing work, I am confident that the advancements we have put in place during the first months of my Administration will enable us to build back better – modernizing our defenses and securing the technology on which our enduring prosperity and our security rely," Biden said.