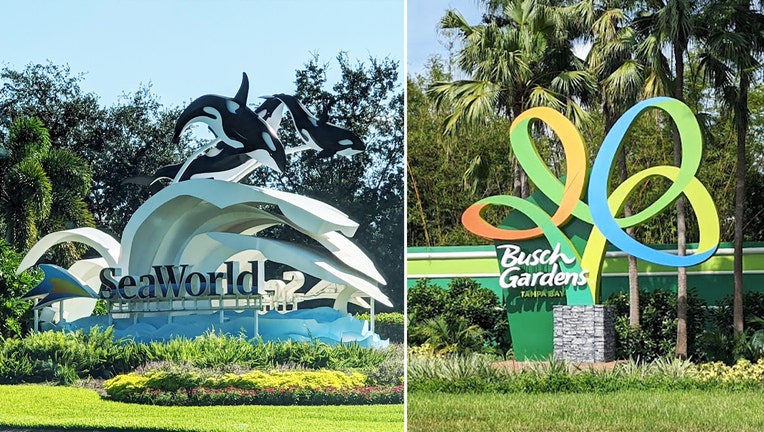 ORLANDO, Fla. - What makes a theme park great? Is it the rides, food, events, or shows? Or a combination of all four?

Florida is home to several theme parks – hello, Disney World, Universal, SeaWorld, Busch Gardens, Legoland – and one of them was just named "best theme park" in America for 2022, according to 10Best and USA TODAY.

The newspaper partnered with 10Best to come up with its initial nominations and then had its readers vote in an online poll (10Best is owned by USA Today). When it came to theme parks, readers picked these as the top 10 theme parks in the U.S.:

According to the entry, SeaWorld was recognized for its marine animals, rides – specifically Manta and Mako – and Sesame Street.

The "Iron Gwazi" at Busch Gardens Tampa Bay, "VelociCoaster" at Universal, "Mako" at SeaWorld Orlando were named the top roller coasters of 2022. No surprise here, a number of entertainment shows at Busch Gardens, Disney World, and Universal were also ranked as "best theme park entertainment."