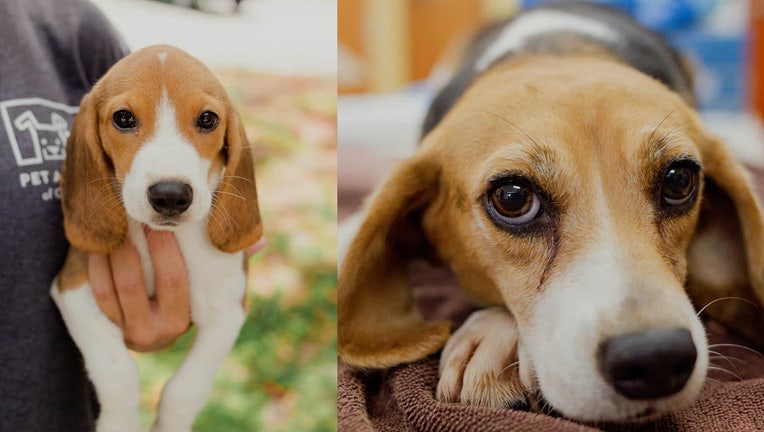 ORLANDO, Fla. - Some of the fifteen beagles that were rescued from a mass breeding facility in Virginia and brought to Orlando for care have found their forever homes.

The Pet Alliance of Greater Orlando announced on Facebook that many of the dogs "have now begun the next chapter of their lives with their new families!"

"It’s been a whirlwind of a journey with the 15 beagles we received that were part of the 4,000 removed by The Humane Society of the United States from a mass-breeding facility cited for numerous animal welfare concerns," the shelter wrote.

In a video posted on Facebook, the dogs are seen experiencing many "firsts" while recovering at The Pet Alliance, including walking on a leash, playing with toys and enjoying "pup cups."

"All these dogs had ever previously known was the inside of the breeding facility. It has been a joy to be able to give them so many positive ‘firsts’ and now see them off into loving, patient homes!"

The shelter did not specify how many of the fifteen dogs have been adopted.

Around 4,000 beagles total were rescued after the USDA and other law enforcement agencies found multiple federal violations at the Envigo’s facility in Virginai – which bred dogs to be sold to laboratories for animal experimentation. A lawsuit was filed in May by the Department of Justice claimed that the that dogs had received inadequate veterinary care and insufficient food, and that they were living in unsanitary conditions.