CLEARWATER, Fla. - Thousands of visitors flock to our pristine beaches every year. However, those sandy shores are more than just a destination because sea turtle hatchlings call it home.

"It’s important for people to recognize how we mark our nests. What you’re going to see when you come to the beach is a roped-off area with yellow stakes and some signs that clearly state not to disturb the nests. The reason for that is because we want to leave enough space for them to do what they have to do as they incubate under that sand," Yvette Fernandez, the senior sea turtle biologist with Clearwater Marine Aquarium.

With the start of sea turtle nesting season just a few weeks away, teams of volunteers with Clearwater Marine Aquarium hit the beach Saturday to make sure it was clean while educating beachgoers and the public about the incoming turtle residents.

"Sea Turtle Awareness Day is an event we’ve been doing for quite a while to educate and bring awareness to the public about the importance of sea turtles in our ecosystem," Fernandez shared.

Keeping the turtles safe is no small task, and for the most part, it should be left to the professionals. But tourists and locals alike still play a big role. 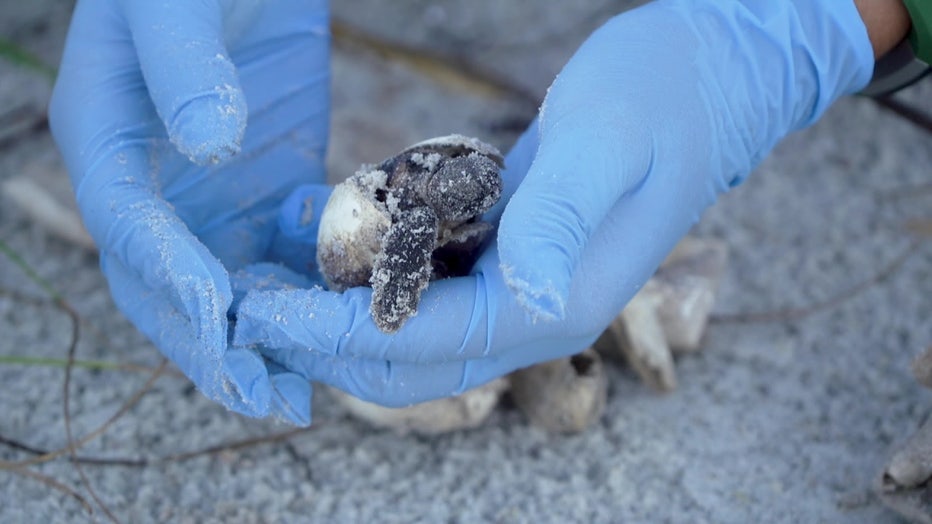 "You can always make a difference by picking up trash, by knocking down those sandcastles on the beach," explained Fernandez.

Taking their efforts one step further, CMA and the Winter the Dolphin Beach Club have partnered together to help create the first sea-turtle-friendly hotel on Clearwater Beach. The hotel has put up turtle-friendly lights that won’t interfere when the hatchlings leave the nest, helping to combat one of the biggest obstacles the hatchlings face.

"Those baby sea turtles are going to emerge and they’re going to follow the brightest lights out there which will be the celestial lights, the moon and the stars," said Fernandez. "But of course, if we have brighter lights behind that nest towards the buildings, they are going to follow those lights because they’re stronger. So, that’s why they get disoriented and that’s why it’s becoming one of our biggest issues." 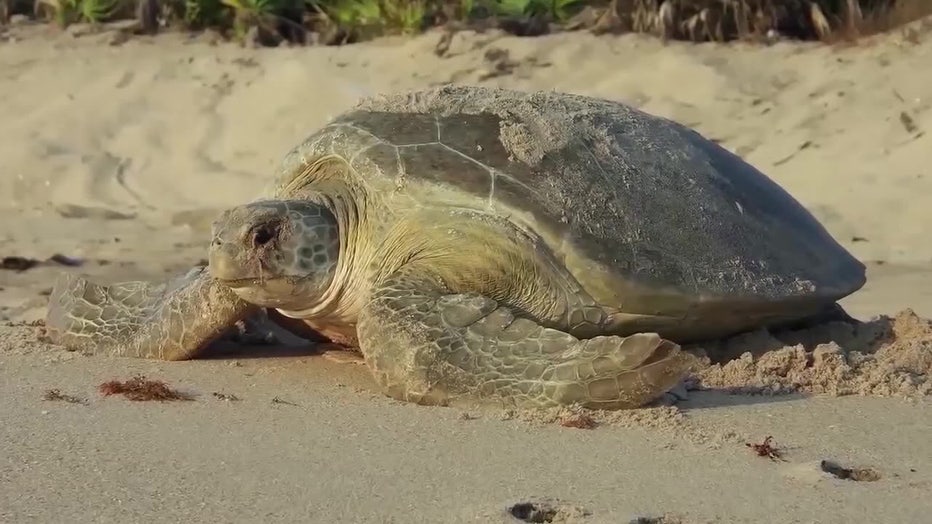 It takes everyone doing their part to keep these hatchlings safe. No matter how cute they might be, if you see a hatchling on the beach, Fernandez advised not to touch the turtle but to instead call FWC at *FWC or #FWC, or send a text to Tip@MyFWC.com.

Sea turtle nesting season begins in May and lasts through October.