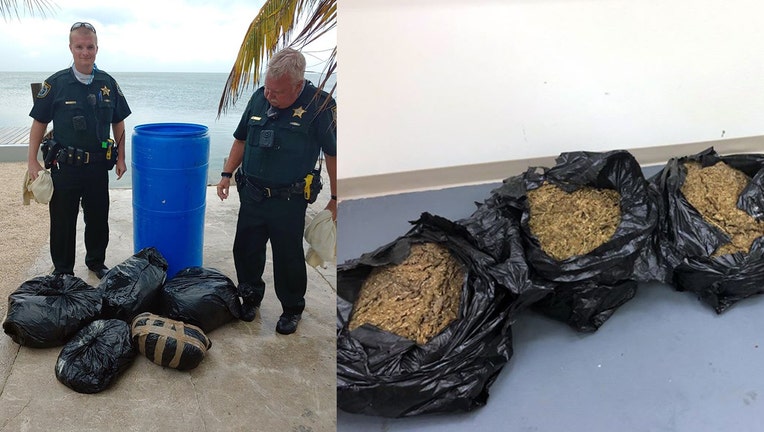 The Monroe County Sheriff's Office posted photos to their Facebook page of the interesting find.

They say someone found the blue barrel on April 30  near the shore at 109th St. Oceanside in Marathon and called deputies. The barrel contained five separate plastic bags of marijuana.

U.S. Border Patrol agents were called and took possession of the marijuana.