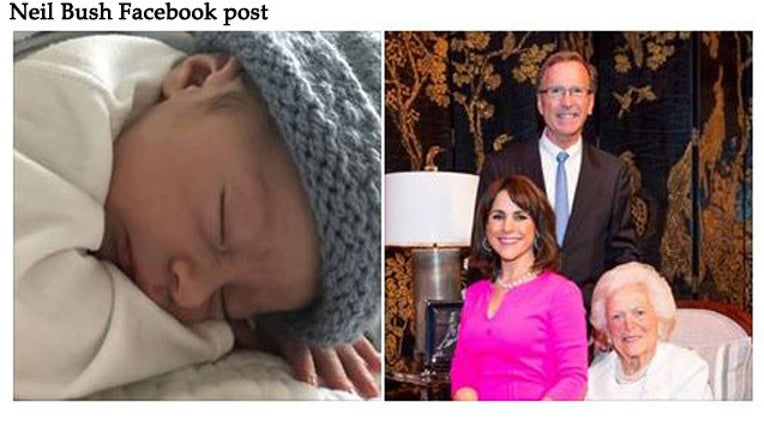 HOUSTON (FOX 26) - Neil Bush, who is grieving the loss of his mother, former first lady Barbara Bush, shares a glimmer of hope with the birth announcement of his grandson.

Neil posted the following on his public Facebook page:

Maria and I were so blessed to spend lots of time with mom and dad during mom's last weeks and we are so grateful for the condolences and the outpouring of love expressed towards her by many, many friends. Barbara Bush was loved by everyone. She lived a remarkable life blessing family, friends, and total strangers around the world. Mom left on her own terms. In the final hours she was comfortable, loving, surrounded by family, holding hands with dad. Maria and I will always be grateful for being able to say a proper goodbye to our wonderful mother. And then two days later, yesterday morning, two weeks before her due date, Lauren Bush Lauren gave birth to a beautiful 7 lb 8 oz baby boy Max Walker Lauren. The circle of life. God is good.

The announcement of Barbara Bush's death on Tuesday by family spokesman Jim McGrath followed a statement just two days earlier that indicated she would focus on "comfort care" and discontinue any medical treatment.