Bad Bunny concert in Orlando to shut down several roads

Music superstar Bad Bunny will be in concert at Camping World Stadium on Friday and several major roads in the area are shutting down early.

ORLANDO, Fla. - Music superstar Bad Bunny will be in concert at Camping World Stadium on Friday night and officials are shutting down several roads in the afternoon to prepare for it.

If you plan to drive there, parking lots open at 3 p.m. There will also be a free shuttle service from the Amway Center to the stadium.

The city has released a map highlighting the road closures you need to be aware of. 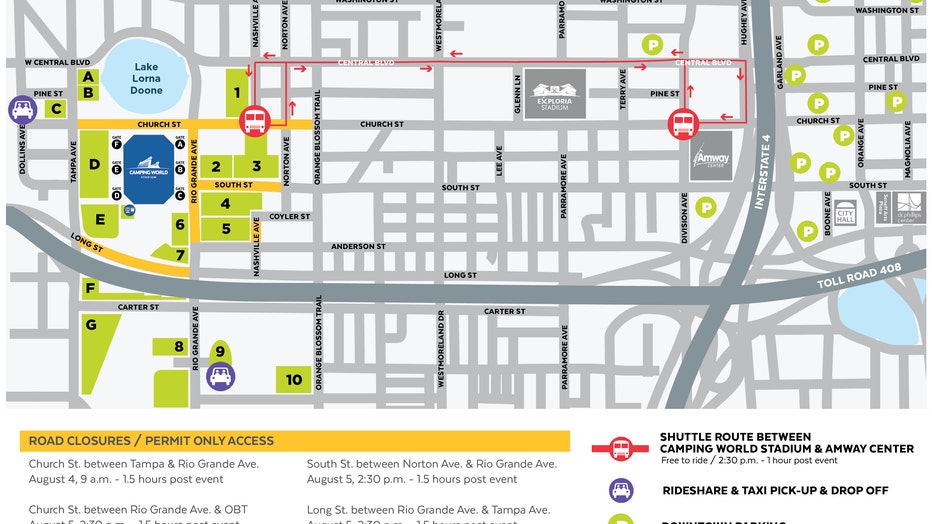 Plan ahead if the area near Camping World Stadium is in your daily commute.