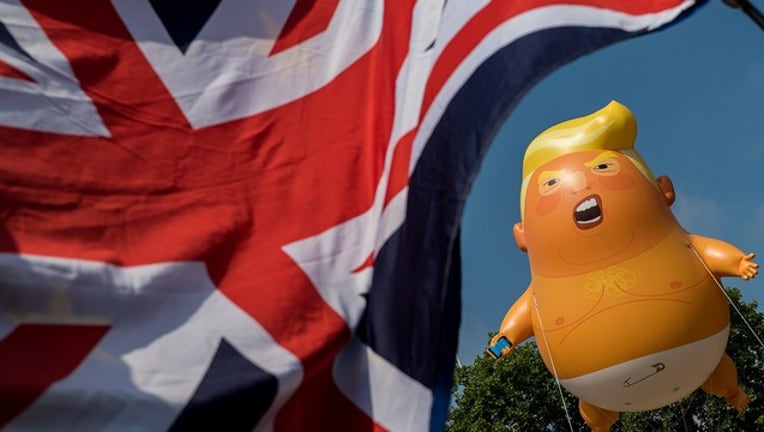 LONDON (FOX 35 ORLANDO) - The 'baby Trump' balloon is expected to appear in London as President Donald J. Trump arrives for a state visit to the United Kingdom.

Sky News tweeted on Friday a teaser video for their coverage of President Trump's visit to the United Kingdom. The video showed a giant blimp, which depicts President Trump as an infant in a diaper, with the caption "he's back."

President Trump is in London to meet with Prime Minister Theresa May just days before she steps down as Conservative party leader. The visit will reportedly celebrate the 'special relationship' between Britain and the U.S. It also coincides with solemn ceremonies in Britain on Wednesday.

Upon arriving on Monday, President Trump unleashed a Twitter tirade against London Mayor Sadiq Khan stating that Khan has done a "terrible job as Mayor of London" and claims he is a "stone cold loser who should focus on crime in London, not me."

President Trump's tweets came after Khan said that Trump did not deserve red-carpet treatment in Britain and was "one of the most egregious examples of a growing global threat" from the far-right to liberal democracy.