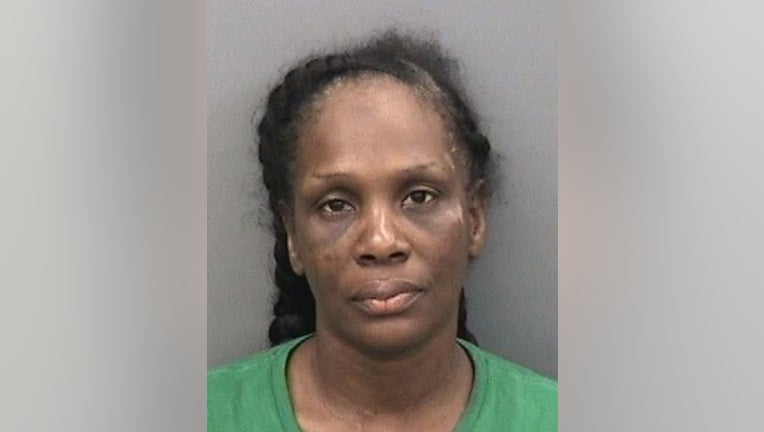 HILLSBOROUGH COUNTY, Fla. - A 50-year-old Florida grandmother is facing a DUI manslaughter charge after her infant grandchild died when she crashed into a guardrail on the highway while intoxicated, the Florida Highway Patrol (FHP) said.

Helen Mention was reportedly driving on Oct. 25 on Interstate 4 in Tampa with her 10-month-old grandchild on her lap. FHP said Mention was not wearing a seatbelt and her grandchild, Baby Harlem, was not in a carseat when Mention crashed. Troopers said Mention was driving on Mango Road when she entered the westbound ramp onto I-4 and ended up crashing into the guardrail.

Troopers said Mention had a blood-alcohol level of 0.225 at the time of the accident, which is "nearly three times the level at which Florida law presumes impairment," the Tampa Bay Times reports.

The baby and Mention were both taken to the hospital. Baby Harlem died days later.

Mention was arrested on Monday on several charges including DUI manslaughter and aggravated manslaughter of a child. She is being held in the Hillsborough County Jail without bail.

According to the Tampa Bay Times, Mention has a history of driving infractions and a long arrest record dating back to 1991, including possession of cocaine and violation of open container laws.