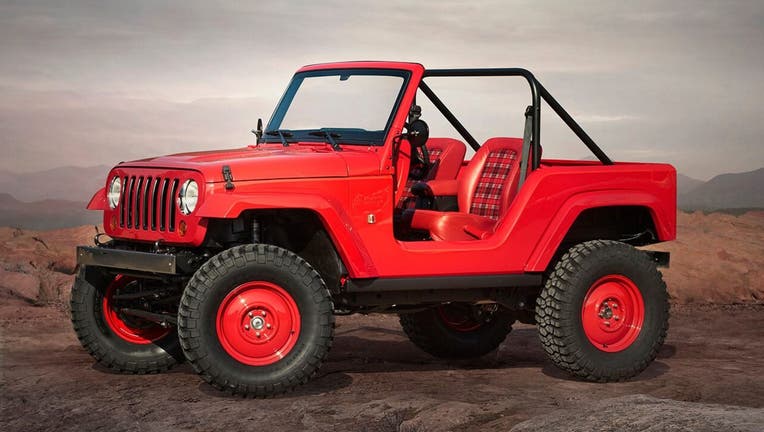 FOX NEWS - Jeep is looking to boost sales with a baby SUV.

Jeep’s European marketing boss Marco Pigozzi told Auto Express that the brand will introduce an SUV below the subcompact Renegade in 2022.

“The car will be able to be used as a badass Jeep, but it has also been designed to be used every day,” Pigozzi said, adding that it could feature an electric powertrain if the proposed Fiat Chrysler merger with Peugeot parent PSA Group goes through.

The unnamed vehicle will likely compete with the popular Suzuki Jimny, a Samurai successor sold outside of the United States.

According to the report, the vehicle will be approximately 13 feet long, which will make it about a foot shorter than a Renegade or two-door Wrangler, but still two feet longer than a World War 2 Willys MB. In 2016 Jeep unveiled a concept called the Shortcut, which was a smaller version of the Wrangler.

Pigozzi did not say where the new model will be made or if it will be sold in the United States.