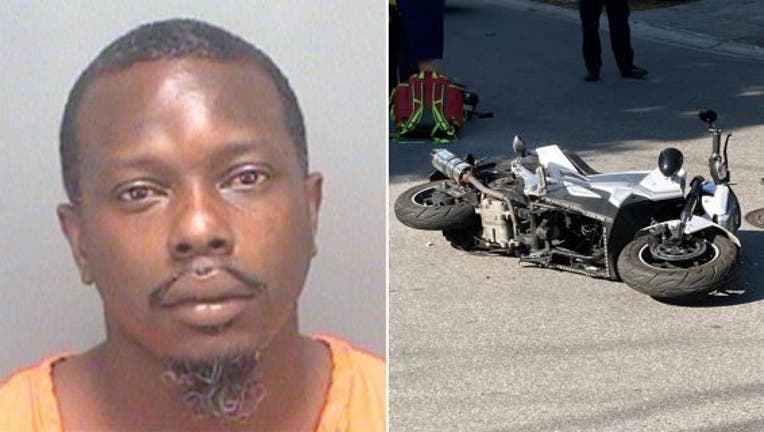 CLEARWATER, Fla. - A Florida man who was driving a motorcycle with his young stepdaughter in his lap is facing several charges after she was seriously injured when he ran a stop sign and laid down his bike to avoid hitting a car, police said.

The 17-month-old girl was propelled underneath the car that Dontrell Stanley, 35, nearly hit on Thursday, Clearwater police said in a tweet. He was arrested early Friday on charges of child neglect and operating a motorcycle without a license.

The baby was taken to Johns Hopkins All Children’s Hospital in St. Petersburg where she was in critical but stable condition, police said.

Stanley was also taken to a hospital for treatment.

He was booked into jail early Friday. Jail records don’t indicate whether he has an attorney to represent him.