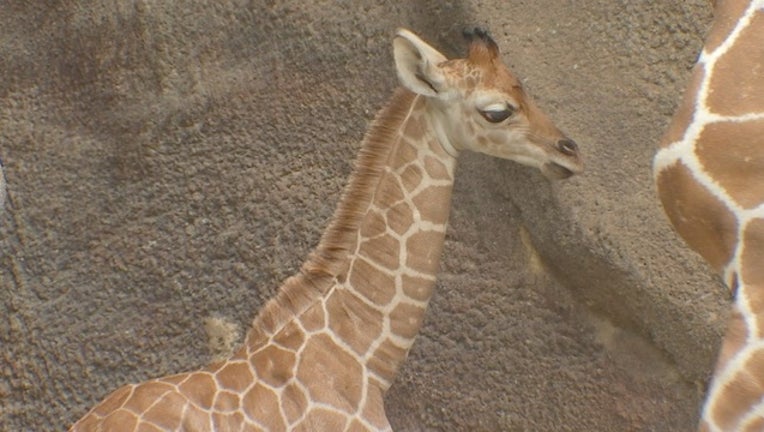 PHILADELPHIA (WTXF) - The Philadelphia Zoo introduced their newest addition the world on Tuesday as animal lovers laid their eyes on Beau, a baby giraffe, for the first time.

Beau was born on June 9, to parents Stella and Gus. Beau joins his parents and his seven-year-old sister Abigail as the only four giraffes at the zoo.

The zoo says Beau hasn’t been weighed but was born standing at 5’7”.

Now that Beau has made his debut, he will be on exhibit with his mother in the African Plains area of the zoo. There, Stella and Beau will have their choice of an indoor or outdoor exhibit, or in their barn so they can have some privacy.

Giraffes are listed as Vulnerable by the International Union for Conservation of Nature (IUCN), with scientists estimating there are fewer than 100,000 surviving in the wild.