A baby dolphin has washed ashore at a Central Florida beach, officials said.

They said that the dolphin, which was specifically noted to be a deceased neonate bottlenose by SeaWorld, had no signs of trauma. 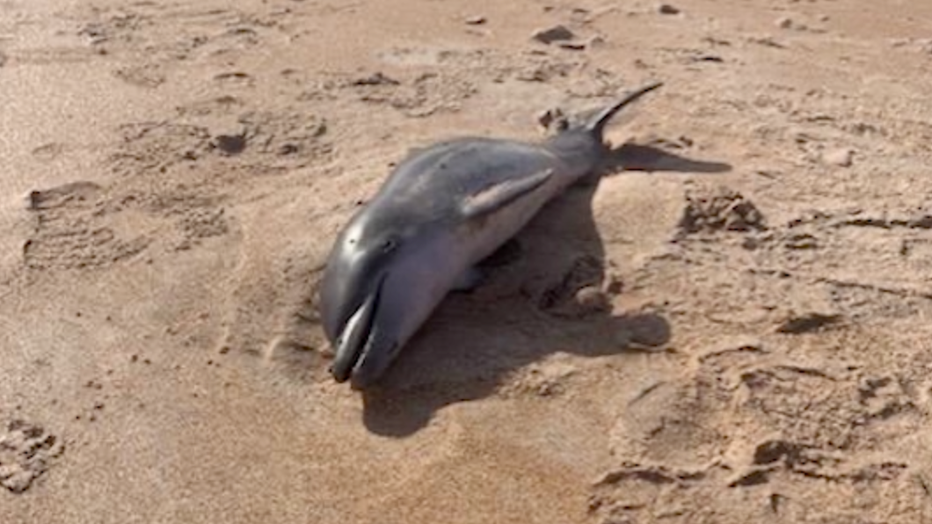 "We had a baby dolphin wash up ashore. It's not too uncommon, we have these types of incidents happen a few times a year," Captain Tammy Malphurs of Volusia County said. "There were no obvious signs of injury, so it could have been sick."

A necropsy is reportedly being conducted.