CAPE CANAVERAL, Fla. - The first all-private mission launching astronauts to the International Space Station looks to be a ‘go’ from launchpad 39A at the Kennedy Space Center on Friday.

The launch was recently pushed back for what space experts believe was NASA’s intent to complete a critical dress rehearsal for the Artemis I moon rocket program, but a series of technical issues caused the test to be postponed, allowing the Axiom-1 mission to take priority.

If the weather cooperates, the launch is expected to take place at 11:17 a.m. EDT not far from where the Artemis 1 moon rocket still stands at the space center.

RELATED: People gather from all over North America to watch Axiom launch 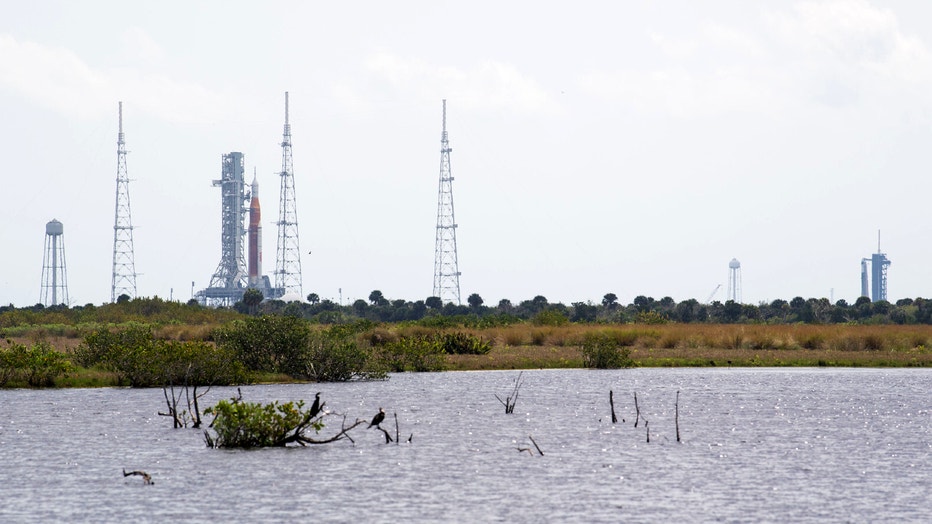 NASA's next moon rocket, the Space Launch System, sits on a launch pad at Kennedy Space Center for testing while a SpaceX Falcon 9 carrying the Axiom Ax-1 mission can be seen in the distance. [Courtesy: NASA]

Meteorologists say rain will not be a concern for the launch attempt, but weather officers with the 45th Weather Squadron do warn they’ll be watching the skies for any lingering mid-level clouds and fast upper-level winds.

If the launch is delayed to Saturday, liftoff winds will remain the primary concern as an area of high pressure will build in, bringing gusty winds.

At last check, the mission had a 90 percent chance of weather cooperating with the launch of the Falcon 9 rocket.

SpaceX fired up the Falcon 9 engines on Wednesday without any apparent issues. On Thursday, SpaceX tweeted that all systems were "looking good" for the launch.

The astronauts are expected to spend 10 days in space, with much of the time devoted to performing experiments aboard the ISS.

Axiom says upon completion of the mission, the crew splashdown off the coast of Florida in the Dragon spacecraft.