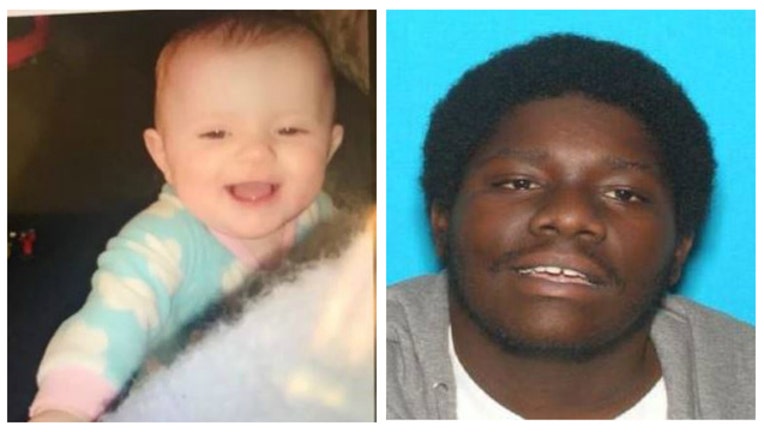 UPDATE: According to Peoria County Sheriff Brian Asbell, the whole story is fabricated. There is not a child in danger. Illinois State Police say they have a suspect in custody. They are working to find out what happened.

FARMINGTON, Illinois (Fox 32 News) - An Amber Alert has been issued for a one-year-old boy kidnapped in Farmington, Illinois Saturday.

Police say that Bentley Dutz was in a car seat in a car that was stolen from the Circle K.

Bentley has blond hair and is wearing a Bob the Builder yellow and white onesie with blue hoood.

There are three suspects. One has been identified as James T. Jackson, 24. He is African American, and was last seen wearing a black T-shirt and white jeans. The other suspects have not been identified.

The full Amber Alert can be seen here.