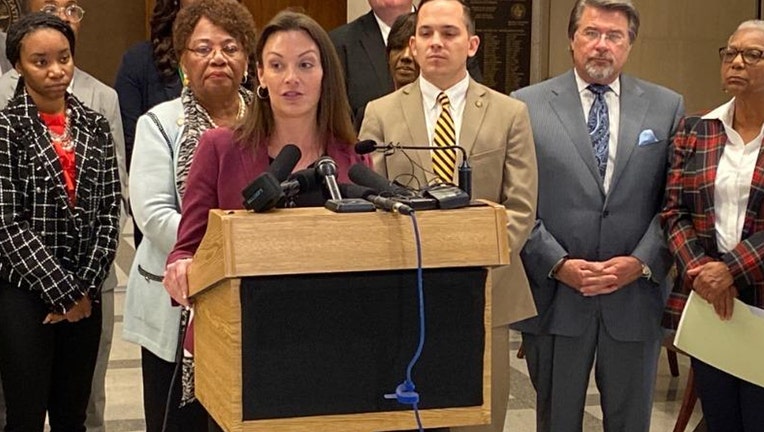 Fried’s attorneys Tuesday filed a brief arguing that the 1st District Court of Appeal should uphold a circuit judge’s decision that sided with the cities and counties.

“The act of governance requires independent judgment and discretion on the part of those individuals who are the decision-makers. Immunity is a necessary shield for government and its officials when it exercises this discretion to promote the public good,” attorneys for Fried, the only statewide elected Democrat, wrote. “Without immunity from liability, officials would be tempted to vote for what is safest for them personally, rather than what is best for their community.”

Florida since 1987 has barred cities and counties from passing regulations that are stricter than state firearms laws, a concept known as “preemption” of local gun laws. The 2011 law was designed to strengthen the preemption by adding penalties, such as the possibility of local officials facing $5,000 fines and potential removal from office for passing gun regulations.

Dozens of cities, counties and local elected officials challenged the 2011 law last year after the mass shooting at Marjory Stoneman Douglas High School in Parkland. They argued that the potential penalties had made local officials afraid to move forward with gun-related measures that might not be preempted by the 1987 law.

Leon County Circuit Judge Charles Dodson in July found parts of the 2011 law unconstitutional, citing issues related to “legislative immunity,” which protects local government officials in their decision-making processes. He also pointed to the constitutional separation of powers, as judges could be asked to rule on penalizing local officials.

Lawyers for Moody and DeSantis took the case to the Tallahassee-based 1st District Court of Appeal and argued that Dodson’s ruling should be overturned.

“The trial court’s decision is premised on unsupported theories of immunity inconsistent with the constitutional supremacy of the state’s authority over its counties and municipalities,” the lawyers for Moody and DeSantis argued in a brief last month. “If allowed to stand, the decision will not only invite the development of a patchwork regulatory regime in the area of firearms but also render the Legislature impotent to deter power grabs by local officials in other areas.”

The challenge to the law initially named Fried’s predecessor, former Agriculture Commissioner Adam Putnam, as a defendant, along with other state officials. That was because the Department of Agriculture and Consumer Services helps carry out gun laws through its role in issuing concealed-weapons licenses.

After Fried was elected in November 2018 and took office in January, she remained a defendant in the case and argued that “the Department of Agriculture (and the commissioner specifically) is an improper defendant and should therefore be dismissed” from the challenge, according to a document filed in circuit court by the state.

But Fried did not join the other state officials in appealing Dodson’s ruling. Her brief Tuesday argued that the 2011 law violates constitutional separation of powers because it could lead to judges trying to weigh the thinking of local elected officials who pass gun-related measures.

The National Rifle Association, which has filed a brief supporting the 2011 law, contends the penalties are needed because of local officials violating the l987 preemption law. In an email to NRA members Thursday, Marion Hammer, the organization’s longtime Florida lobbyist and former national president, said cities, counties and local officials in the case “think they are above the law.”

“Being elected to office doesn't mean they have immunity from being held accountable for intentionally breaking the law,” Hammer wrote. “Being elected means they must be held to at least the same standard of conduct as those who trusted them with their vote.”

The challenge to the penalties law involves 30 cities, three counties and more than 70 elected officials, according to a brief filed Monday by the local governments. That includes cities such as Miami Beach, Fort Lauderdale, West Palm Beach, Orlando, St. Petersburg, Gainesville and Tallahassee.

The Monday brief said local governments have considered approving several gun-related measures that they believe are not preempted by the 1987 law. Those measures include such things as requiring the reporting of failed background checks, barring the sale of large-capacity detachable magazines and restricting possession of firearms at certain government-owned or government-operated facilities.