Grammy Award-winning singer Ashanti got her star in the Hollywood Walk of Fame this week.

LOS ANGELES - A star on the Hollywood Walk of Fame was unveiled Thursday honoring Ashanti for a career that has included a string of hits and eight Grammy nominations.

Ashanti was a guest vocalist on the rapper's "Always on Time," her first Hot 100 number one single and his second. She was featured on Ja Rule's 2004 song "Wonderful," which peaked at fifth on the Billboard Hot 100. 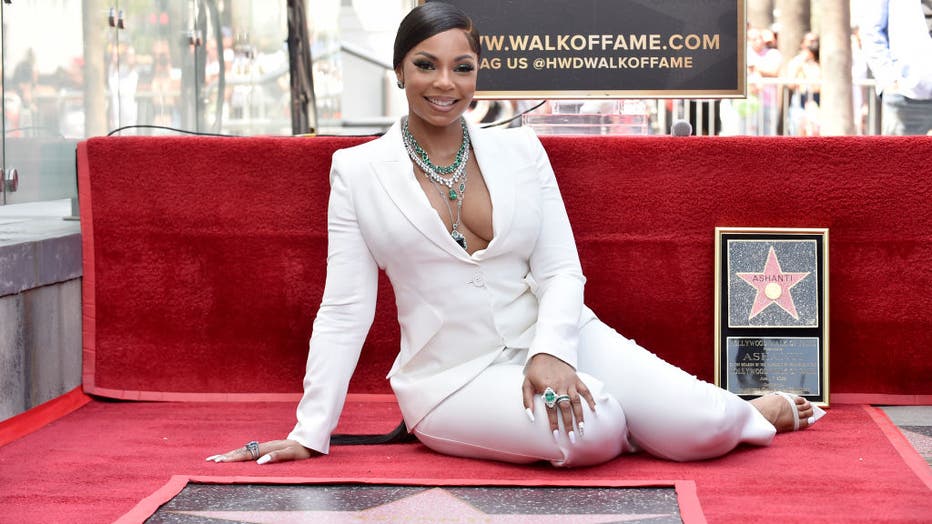 The ceremony comes five days after the 20th anniversary of the release of her self-titled debut studio album, which earned her a best contemporary R&B album Grammy and was ranked 100th on Billboard's list of the top 200 albums of the decade.

"Ashanti" debuted at number one on the U.S. Billboard 200 and first on the R&B/hip-hop albums chart with first-week sales of 504,593 units, the biggest first-week sales for a female artist's debut.

Ashanti received four other Grammy nominations in 2003 -- best new artist, which was won by Norah Jones, best female R&B vocal performance for "Foolish"; and twice for best rap/sung collaboration for "Always on Time" and "What's Luv?"

Born Ashanti Shequoiya Douglas on Oct. 13, 1980, in Glen Cove, New York, on Long Island, she was first noticed by Irv Gotti, a co-founder of Murder Inc. Records, because of her vocal skills and was asked to pen hooks for his rap artists and to perform with them in duets. Ashanti was first featured as a background vocalist on rapper Big Pun's 2001 single, "How We Roll."