SHERRILLS FORD, N.C. - A suspected arsonist in North Carolina appears to have set his clothes on fire while allegedly trying to torch a business, surveillance video shows.

Video recorded inside an RV resort office shows a person starting the fire. The video shows someone dousing the office with a flammable material before setting the blaze, the Hickory Daily Record reported.

The Catawba County Sheriff's Office is asking for the public's help finding Jonathon Daniel Belk, a South Carolina resident and a former employee of the RV resort, in connection to the Nov. 1 fire at the Lake Norman RV Resort in Sherrills Ford, N.C.

Belk is a person of interest in the case, authorities said. 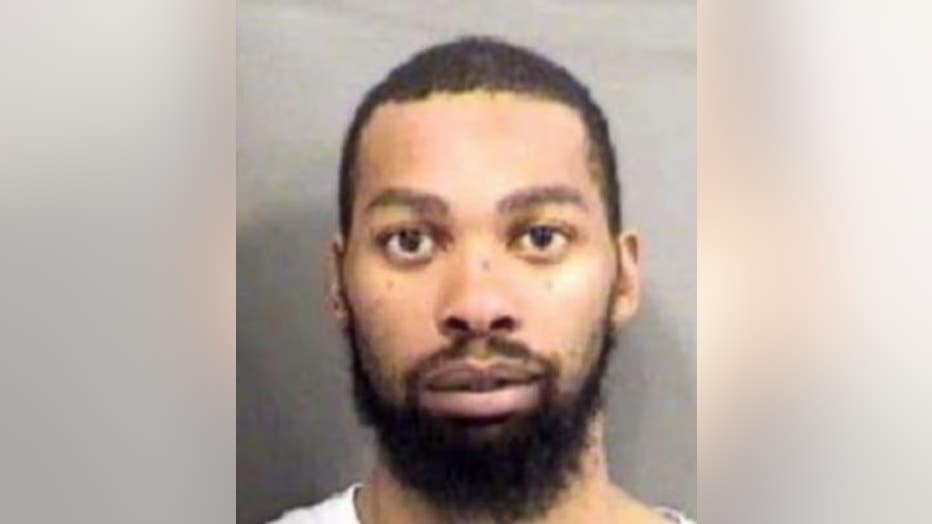 Jonathon Daniel Belk is a person of interest in the Nov. 1 arson of a North Carolina business. (Catawba County Sheriff’s Office)

The video shows a blinding flash inside the office. Another angle shows the exterior as smoke and debris fly from the building.

The suspect flees the building with his pants and shoes on fire. The suspect runs into the parking lot and appears to try and extinguish the flames on his clothes before running away -- shoes aflame -- and driving away in a vehicle parked some distance away.

Authorities say it appears the suspect suffered burns during the incident.

Anyone with knowledge of Belk or information pertaining to the investigation is asked to contact the Catawba County Sheriff’s Office at 828-464-3112.