The iconic Beefy King restaurant in Orlando went up in flames. The decades-old restaurant is closed for business but owners say they intend to reopen. "We're just going to clean up and get back to serving beef. That's what we do," said Shannon Woodrow, co-owner, Beefy King.

ORLANDO, Fla. - Authorities have made an arrest following a fire at an iconic Orlando restaurant.

Less than 24 hours earlier, around 1:46 a.m., firefighters responded to a blaze at the property which they said started near the exterior rear of the building. Crews were able to quickly extinguish the fire but not before the business sustained enough damage to shut down until repairs can be made.  Shannon Woodrow, co-owner of Beefy King, said she received a call about the fire in the middle of the night.

"I was shaking. I was absolutely terrified,” she said.

Despite a charred exterior, there was minimal damage to the inside.

"Based on the fire investigation, evidence, surveillance video, and witness statements, all accidental causes were ruled out and the fire was determined to be arson," said Ashley Papagni, a spokesperson for the Orlando Fire Department. 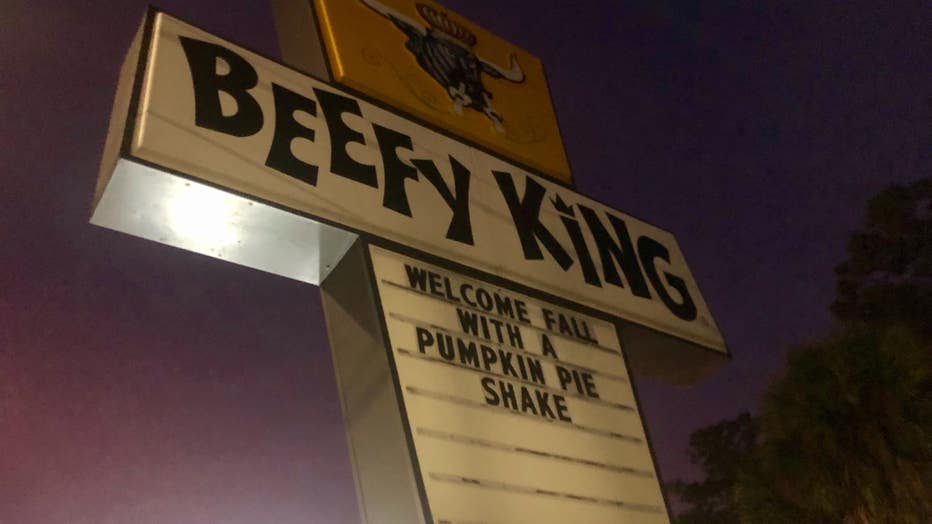 There were a lot of disappointed customers on Tuesday, as they drove up to the popular Orlando lunch spot only to realize it was closed. Fran Bates, who eats at “The King” several times a month, was one of them.

“'Surprised,' I said. Disappointed,” she said.

When asked where she was going for lunch, she said, “I don’t know, home, make a peanut butter and jelly sandwich.” 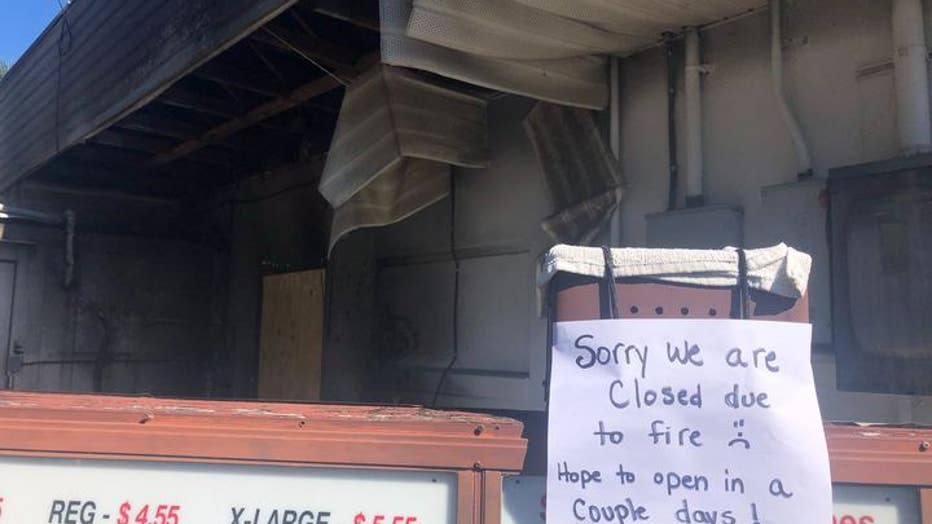 Bernal says the beef sandwich spot is a family tradition of hers. She said she was hoping to share it with her friend.

“I’m heartbroken. I’m actually from Tallahassee. Well, I’m from Orlando and I go to school in Tallahassee and I had to bring him just to try it, so I’m sad,” Bernal said. 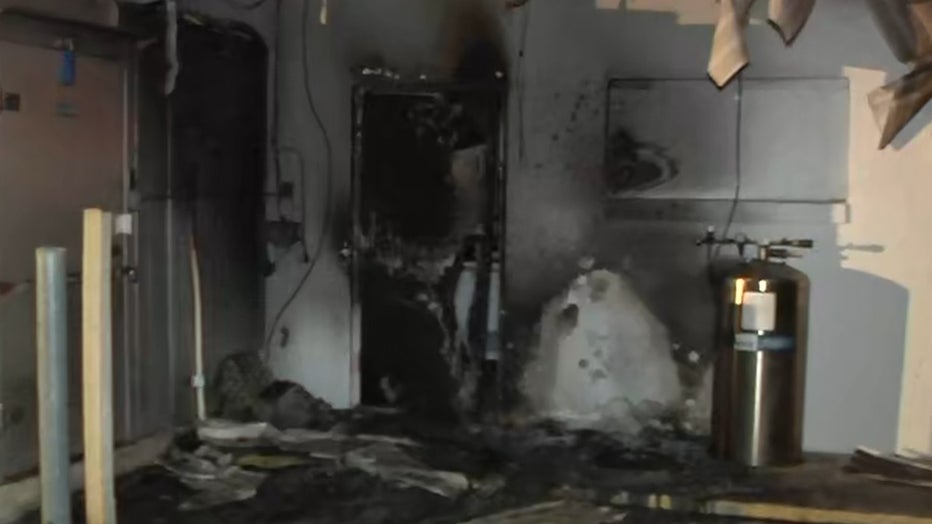 Woodrow expressed gratitude for all the messages of support she said the restaurant received on Instagram and Facebook and Twitter.  She said it had been an overwhelming but comforting morning.

“This is our livelihood,” Woodrow said. “We’re just thankful that no one was injured. Nobody around the restaurant was injured. The homes, whoever called, we’re so thankful because they were able to contain the fire right away.” 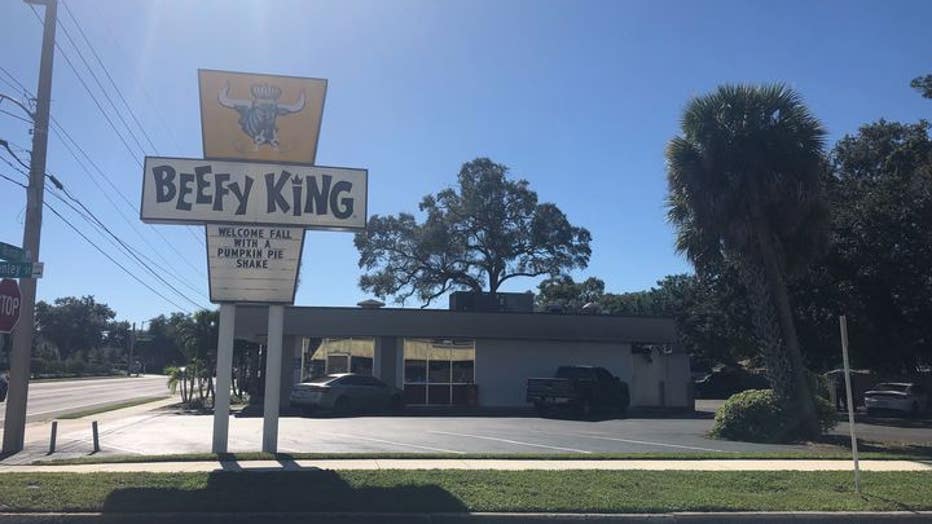 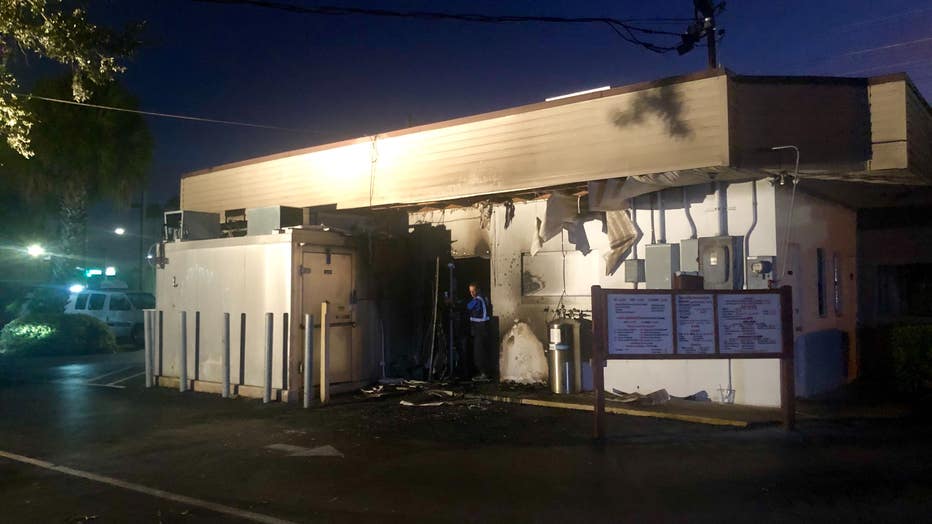 The owners hope to have the restaurant open by the end of the week.  There is no word yet on the cost of damage.  The family-run restaurant, a staple in Orlando, celebrated its 50th anniversary in Central Florida last year.

“We’re just gonna clean up and get back to serving beef. That’s what we do,” said Woodrow.