CLEARWATER, Fla. (FOX 13) - Christmas was over for barely two hours when the shots rang out in the 1400 block of Gulf to Bay Boulevard in Clearwater.

Around 2 a.m. Wednesday, investigators say officers responded to an apartment for a domestic-related welfare check of 33-year-old Annie Vann. They said Vann sent a Facebook message to a relative saying, "Help, call 911, 1444 Gulf to Bay Blvd. He has a gun."

Officers say they found 35-year-old Wayne Falana, Jr. had beaten Vann. She answered the door and told officers that things were OK, but then Falana ambushed them with this 9mm pistol, with a suppressor and a clip that holds up to 30 rounds, according to police.

He hit one of the officer’s boots and grazed his pant leg.

“I heard what I initially thought was a string of firecrackers,” said Bill Shea, a neighborhood resident.

Falana ran down the street where officers returned fire. They hit Falana. He was down in the street, but police say his gun was still close by.

“They describe him still moving when he was on the ground and potentially moving toward a handgun,” said Clearwater Chief of Police Dan Slaughter.

Vann ran away. Clearwater Police detectives wanted to talk to her about what lead up to the incident and why she told police everything was ok just before Falana appeared with the gun.

She later came to police headquarters to answer questions.

Police say Falana had a lengthy criminal record as a drug dealer.

“I think whenever you have that kind of firepower, with that number of rounds, we’re grateful that our officers weren’t hurt. We don’t believe any other citizens were hurt,” Chief Slaughter said.

“And this is the worry, not only of a black mother, but any mother who has kids on these streets,” said Jennifer Holt, who stood on a nearby sidewalk watching police cover the body. 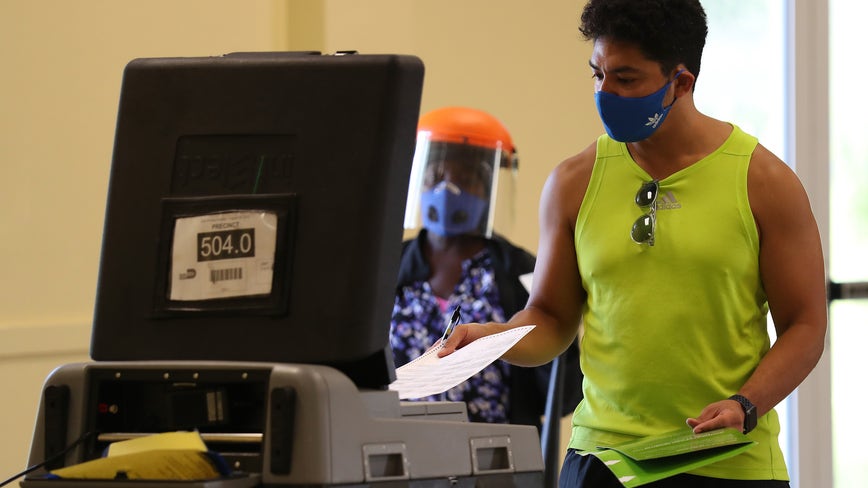