Boyfriend speaks after Arizona woman allegedly ran him over

An Arizona man is speaking out after his girlfriend is arrested for allegedly running him over following an argument. FOX 10's Nicole Garcia reports.

PHOENIX - A Phoenix woman is behind bars for allegedly running over her boyfriend after an argument.

The suspect, identified as 38-year-old Jolina Louise Morris, is accused of attempted second-degree murder, aggravated assault, and endangerment in connection with the incident, which happened on Aug. 22. 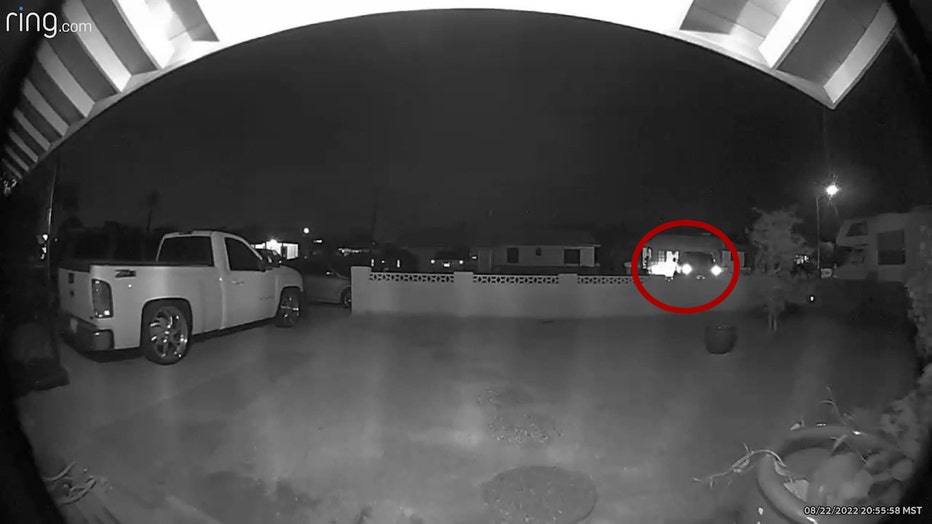 The incident, according to investigators, happened after Morris and her boyfriend, with whom she shares a child in common and reside together, had an argument over a recent sexual encounter with another female.

"As a result of the argument, the boyfriend drove to a nearby bar in his vehicle, where he consumed alcohol," read a portion of the court documents.

Eventually, Morris, according to investigators, went to the bar with a mutual friend.

"After being at the bar and [consuming] alcohol for some time, the boyfriend attempted to leave in his vehicle, but the defendant retrieved the keys from the male victim," a portion of the court documents read.

After struggles between the victim and Morris over the keys, investigators said the victim walked home, and as he was walking towards the home's front door, he was spotted by Morris.

The victim, police officials said, was hurt, and later found by officers. The incident was captured by a home surveillance camera located nearby.

On Aug. 25, we spoke with the victim, identified as TJ Ford.

During our interview with Ford, he appeared to defend Morris.

"She doesn’t deserve to be in jail like this. It was a complete accident," said Ford. "She didn’t mean to hit that hard."

According to court documents, Ford was taken to the hospital following the incident. Investigators said he suffered a shattered left leg, along with multiple other abrasions and injuries.

"I don’t think she understood how fast the truck was going. There was so much emotion in that moment. [Morris has] never done anything like this in her entire life. She’s a mother to our kids," said Ford.

Ford also recounted what happened at the bar.

"When she called me the next morning, she said ‘when you left the bar, I didn’t know if you were still so hot,'" Ford recounted. "From the bottom of my heart, she was just afraid. She was afraid of what was going to happen, and she was trying to stop the situation from getting any further."

Bail for Morris was set at $500,000. If Morris makes bail, she will be required to undergo electronic monitoring.