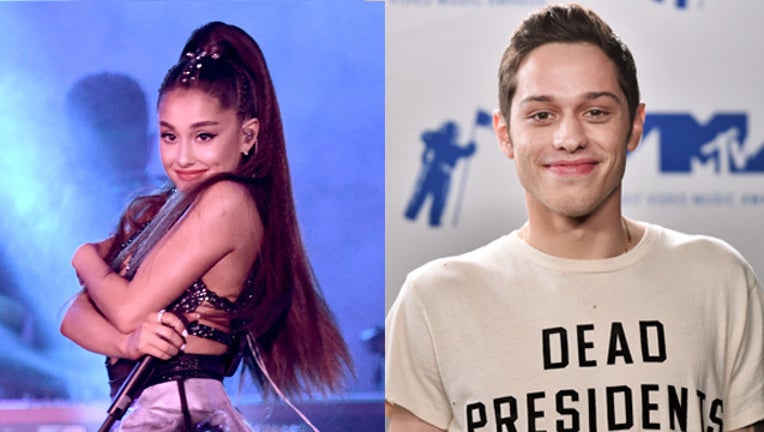 Ariana Grande performs onstage during the 2018 iHeartRadio by AT&T on June 2, 2018 (Photo by Kevin Winter/Getty) /// Pete Davidson during the 2017 MTV Video Music Awards at The Forum on August 27, 2017. (Photo by Alberto E. Rodriguez/Getty)

Pete Davidson is speaking out about his and Ariana Grande's engagement. The “Saturday Night Live” funnyman took to Instagram on Friday where he shared a photo of himself and Grande holding hands, with the pop star's engagement ring notably front and center.

"U know what you’d dream it be like? it's better than that," Davidson captioned the picture.

Although it surprised fans that Grande and Davidson, both 24, reportedly got engaged less than a month after news broke they were dating, the couple just had an instant connection.

"I guess they just had a super beyond natural connection right off the bat and have grown immensely close in an obviously super short time period," a source close to the singer previously told Fox News.