Arborist warns to check the health of your trees

Part of a massive oak tree fell on an SUV as it was heading down Broadway Avenue in Orlando's Lake Eola Heights Thursday morning.

ORLANDO, Fla. - Part of a massive oak tree fell on an SUV as it was heading down Broadway Avenue in Orlando's Lake Eola Heights Thursday morning.

The driver’s windshield was smashed.

"It looked pretty bad at first," said Kelly Munday, who works at a law firm across the street. "I can’t imagine what that person was thinking to be honest."

Firefighters say the driver of the Lexus SUV only had minor injuries. Another parked car was in the tree’s path but no one was inside.

It’s one of several large trees that have come down in Orlando over the past few days -- some during storms.

"It can be a very scary time," said Colin Kelly, a certified arborist with Advanced Tree Pros. "Trees will harbor a lot of secrets that we won’t know until it’s too late." 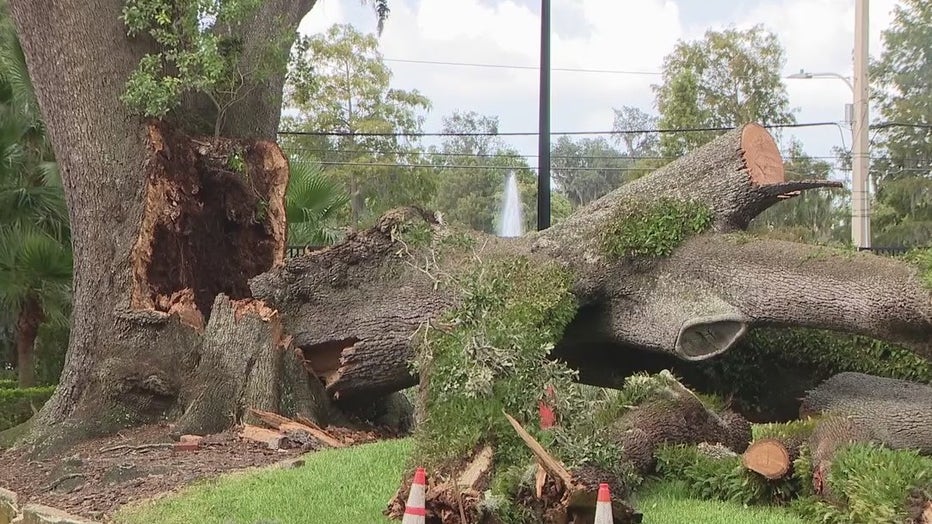 He says there are some signs that could indicate an unhealthy tree, such as mushrooms around the base, patches of discoloration on the bark, cracking where branches meet the trunk, and sudden leaf drops.

"Get to know your trees. That will be how you’ll be able to see these things," Kelly said.

The city of Orlando says the tree that came down on Broadway Ave. had an "internal structural issue." The inside looked soft and hollow. The incident is a reminder of what could happen in a neighborhood full of old oaks." 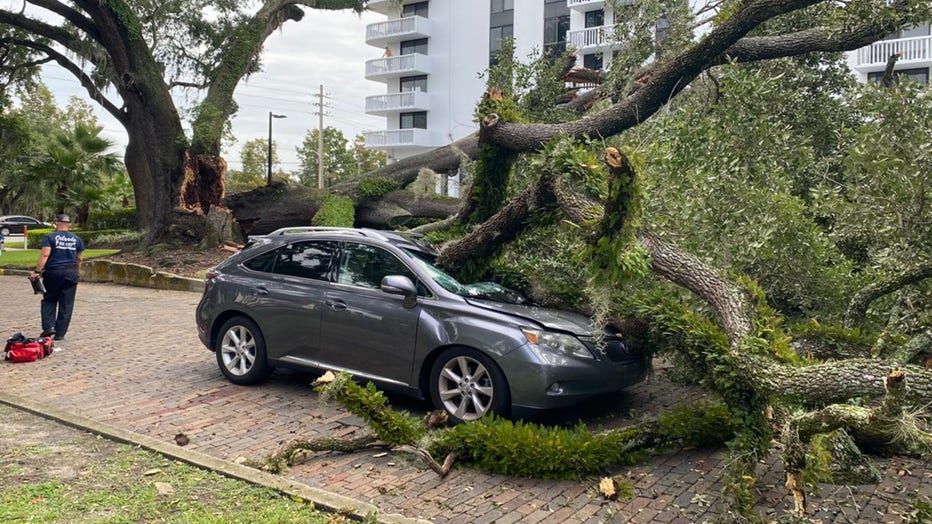 Be careful of those branches hanging over their house, they might consider having those checked by the arborist," said David Martens, President of the Lake Eola Heights Neighborhood Association.