BLADEN COUNTY, N.C. (FOX 46 CHARLOTTE) - Authorities in North Carolina have cancelled an Amber Alert for a 4-month-old girl who they say was abducted from a day care facility Monday in Bladen County.

The child was found safe in Lumberton, according to WRAL.

Lonnisha Renee Askew was taken from a day care near Bladenboro at around 5 p.m. Monday, July 15 by Juanita Renee Askew, 22, of Whiteville, according to the Bladen County Sheriff’s Office.

Askew is believed to be driving a 2011 black Chevrolet Cruz LT with tag numbers FLN-1228.

Juanita Askew, the child’s mother, is described as a non-custodial parent who went to the day care, grabbed the child and fled, according to reports.

Lonnisha was last seen wearing a green and pink onesie with circle designs. She has a surgical scar on her abdomen and needs special foods and care due to a birth defect.

The child reportedly also has a cyst over her right eye and a red birthmark on the back of her head.

Askew is considered 'dangerous with violent tendencies' and 'abrupt mood swings,' according to reports. Warrants are on file for her arrest on child abduction charges.

Askew was last seen in a dark green, dark gray or black two-door sedan with 30-day tags. Her direction of travel is unknown. Anyone with information on her whereabouts is asked to call the closest law enforcement agency or the Bladen County Sheriff’s Office at 910-862-6960. 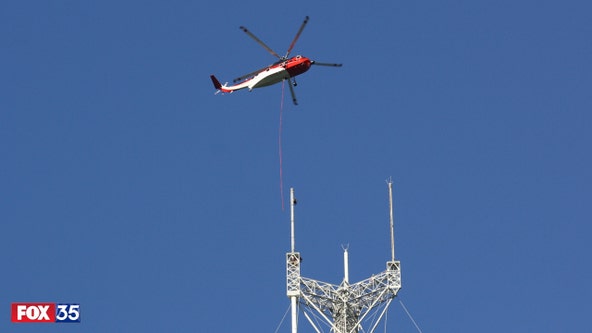