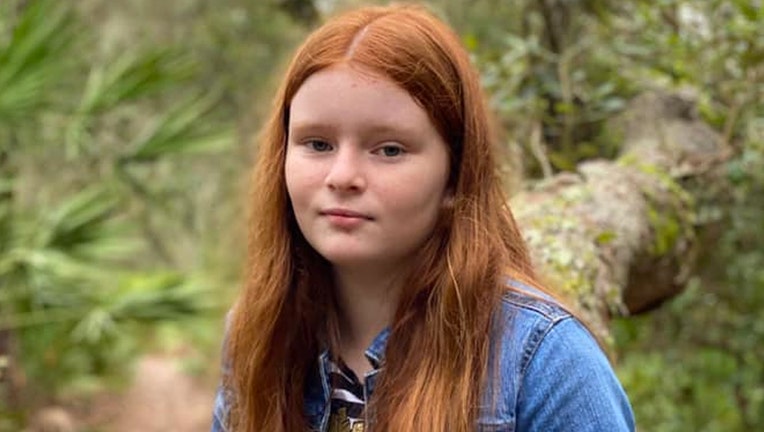 Authorities have canceled an Amber Alert for 13-year-old Kimberly Newberry Ohler. She has been found safe.

An AMBER Alert has been issued for a 13-year-old Florida girl who has been missing since Wednesday night.

The Florida Department of Law Enforcement (FDLE) issued the AMBER Alert for Kimberly Newberry Ohler of Hobe Sound on Thursday.

The Martin County Sheriff's Office said that she was last seen around 11 p.m. on Wednesday, leaving her parents Hobe Sound home on Dove Street. She reportedly got into an unknown person's vehicle. They received information that the vehicle was a small black pick-up truck but that is not confirmed.

They described Kimberly to be about five-feet, three-inches tall. She reportedly weighs about 110 pounds and has red hair that is very long, reaching almost her hip area. She is described as an emotionally fragile child. The Sheriff's Office believes she may have put herself in harm's way by connecting with a stranger.