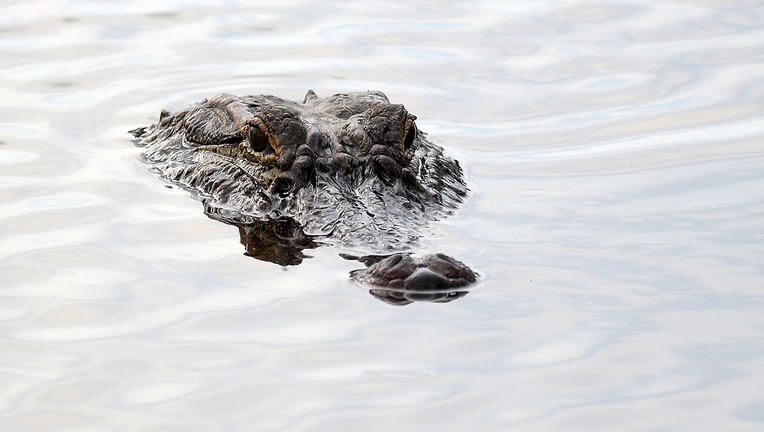 An 18-year-old female college student was bitten by an alligator while hiking through Everglades National Park on Friday.

According to the park, around 1:30 p.m., the teen was on a hike with her college group of about 15 students led by her professor. As the group waded through the water, the alligator bit her on the lower right leg.

"National Park Service Rangers and Miami Dade Fire and Rescue responded and reported that the victim was calm and not experiencing much pain," the park said in a press release.

The victim declined transport by ambulance or air rescue and opted for self-transport to the hospital. The student suffered two puncture wounds to her leg.

"Park biologists say this may have been a defensive bite, which could occur if the alligator was provoked, even accidentally. The Movie Dome area around Pa-hay-okee is temporarily closed while park biologists and managers evaluate the animal and the situation."

Everglades National Park spokeswoman Allyson Gantt told the Miami Herald that the trail is a very popular spot and alligator attacks are extremely unusual in the area.

“We hate for this to happen at the park,” she said. “While the park is a safe place to visit, we remind visitors to stay alert and exercise caution, especially around wildlife, and do not recommend swimming in the park."