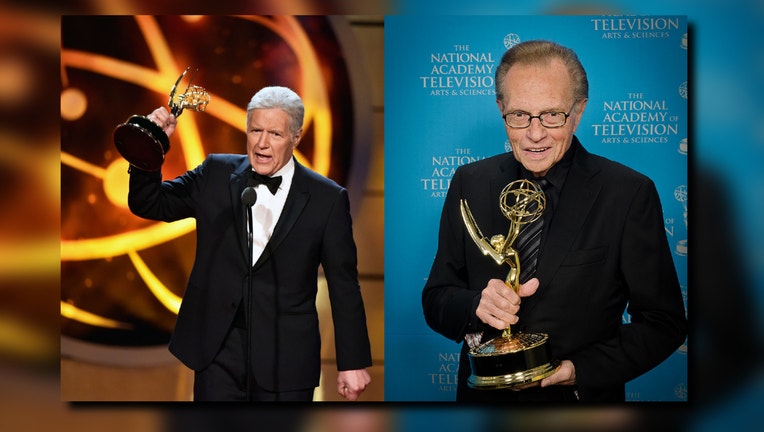 Two television icons who passed away recently will get one more shot at an Emmy Award this summer.

Trebek, the longtime host of the hit game show "Jeopardy!," passed away on Nov. 8, 2020, at the age of 80. He fought a public battle with stage 4 pancreatic cancer in his later years.

When he first announced his diagnosis in March 2019, he vowed to continue hosting "Jeopardy!" for as long as he could. In his efforts to keep that promise, Trebek filmed enough episodes to appear as host for a brief period after his death.

As a result, he’s eligible to win outstanding game show host at the 2021 awards — facing off with the following nominees:

Larry King, the American TV and radio icon, has passed away at 87.

King passed away on Jan. 23. 2021, at the age of 87. In the weeks prior to his death, he had been hospitalized after testing positive for COVID-19. But his death certificate confirmed his cause of death as sepsis.

King is perhaps best known for his time hosting "Larry King Live," but his posthumous nomination is for for outstanding informative talk show host as the face of "Larry King Now."

He’s up against the following nominees:

King has been nominated in this category four times since it was first introduced in 2015. He has yet to win it, but he did take home the Emmy Lifetime Achievement Award in 2011.