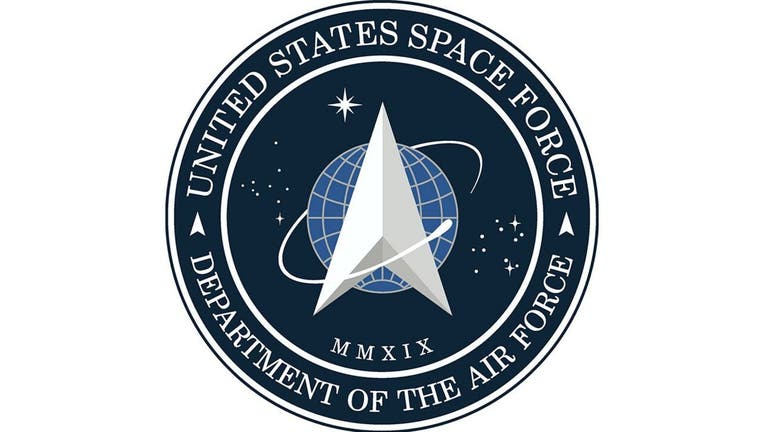 The flag is derived from the Space Force seal, seen here.

U.S. Air Force Secretary Barbara Barrett’s decision to locate the headquarters in Alabama was made official Wednesday after Patrick Space Force Base near Cape Canaveral was one of six finalists.

Space Florida, the state’s aerospace arm, and Gov. Ron DeSantis had fought to land SPACECOM since President Donald Trump in 2018 directed the Department of Defense to establish the U.S. Space Force as a branch of the armed forces.

Despite losing out to Alabama, Space Florida praised the process.

"The efforts have demonstrated and revealed Florida’s true capabilities and commitment to the aerospace industry and national defense," Space Florida President and CEO Frank DiBello said in a statement. "Space Florida’s unique toolkit, granted by the governor and Florida’s Legislature, has paved the way in transforming the Cape Canaveral Spaceport --- one that will support the next era of national security missions."

SPACECOM, established in August 2019, has been temporarily housed at Peterson Air Force Base in Colorado Springs, which initially was considered by analysts as a top contender.

Alabama, like Florida, backed Trump in the November election and has a governor and key lawmakers deeply in the outgoing president’s camp.

In December, DiBello argued Florida was in a good position for the command headquarters before Vice President Mike Pence flew in to rename what are now known as Cape Canaveral Space Force Station and Patrick Space Force Base.

"We're one of the most military-friendly communities and a very military-friendly state," DiBello said during a Dec. 8 meeting of the Enterprise Florida Board of Directors. "We have a very large number of active-duty reserve and guard personnel and military dependents and more than 68,000 veterans, which is a good 11 percent of our population. And that's indicative of the fact that this is a great place for a military facility to locate and to operate."

DeSantis had argued that Cape Canaveral would be "natural fit."

"Given our history in space, given all the resources that are now in Florida, I think it would make a lot of strategic sense to do that," DeSantis said in 2019.

While the headquarters might be considered smaller than other commands, it offered a potential economic impact of about 1,500 highly paid workers, construction costs that could approach $1 billion and the draw of accompanying aerospace, avionics and telecommunications industries.

"Our state has long provided exceptional support for our military and their families as well as a rich and storied history when it comes to space exploration," Ivey said in a statement. "This combination only enhances the outstanding relationships we have with the 65 diverse federal agencies on Redstone Arsenal, not to mention the growing presence of the FBI and other federal installations. The bottom line is simple, the Redstone Region is the most natural choice to become home to such an important mission for our country." 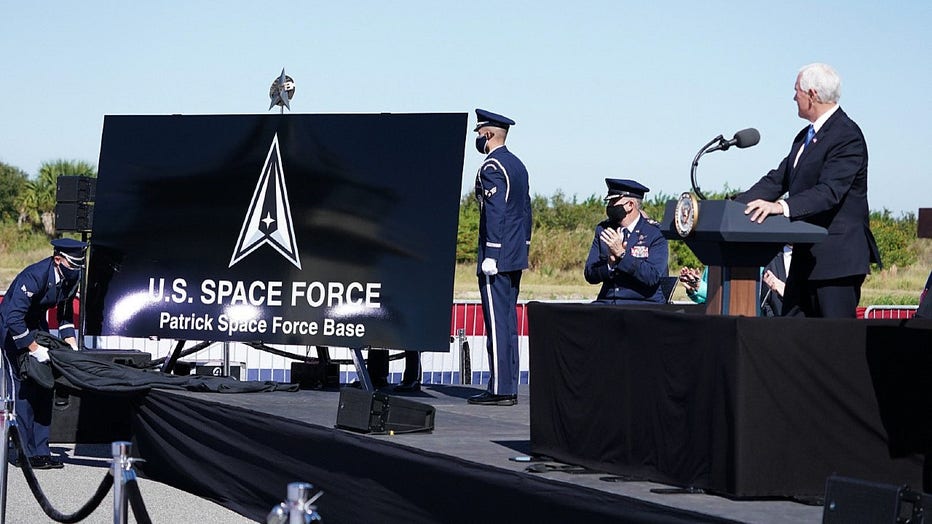 The arsenal, garrison for the U.S. Army Materiel Command, the Army’s Aviation and Missile Command, the Department of Defense’s Missile Defense Agency and NASA’s Marshall Space Flight Center, has been involved in rocket research and development since the late 1940s.

The Air Force had outlined that the command headquarters should be located within 25 miles of a military installation, be among the top 150 largest metropolitan statistical areas in the U.S. and score a 50 or higher out of 100 on the American Association of Retired Persons Public Policy Institute’s Livability Index.

"Huntsville compared favorably across more of these factors than any other community, providing a large, qualified workforce, quality schools, superior infrastructure capacity, and low initial and recurring costs," the Air Force said in a statement. "Additionally, Redstone Arsenal offered a facility to support the headquarters, at no cost, while the permanent facility is being constructed."