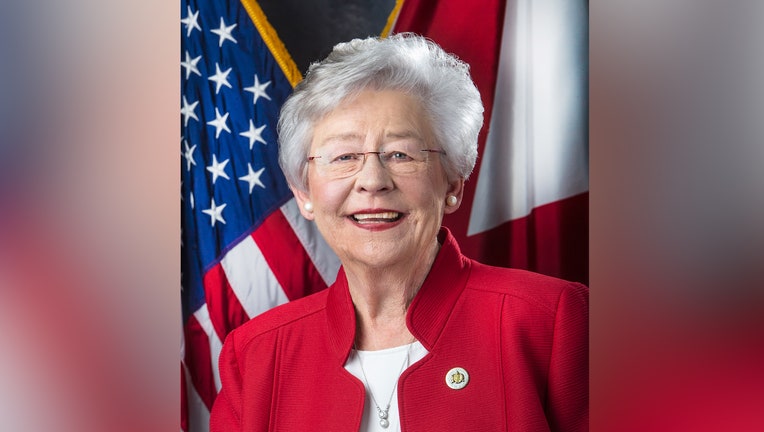 MONTGOMERY, Ala. - Alabama will become the latest state to allow people to carry concealed handguns without first undergoing a background check and getting a state permit.

Alabama Gov. Kay Ivey signed the measure into law Thursday shortly after it was approved by state lawmakers. The new law, which takes effect Jan. 1, will end the requirement for a person to get a concealed carry permit to carry a loaded handgun concealed under their clothes, in a car or in a purse or bag.

"Unlike states who are doing everything in their power to make it harder for law abiding citizens, Alabama is reaffirming our commitment to defending our Second Amendment rights. I have always stood up for the rights of law abiding gunowners, and I am proud to do that again today," Ivey said in a statement.

The legislation is championed by gun rights advocates who call it "constitutional carry," in reference to the Second Amendment right to keep and bear arms. Opponents, including state sheriffs and others in law enforcement, said the permits help combat crime and enhance public safety.

Paula Wilson, a volunteer with the Alabama chapter of Moms Demand Action, called the legislation "reckless" and said the politicians who supported it "have chosen the gun lobby over law enforcement and public safety."

"They want you to believe that they’re standing up for law-abiding gun owners, but don’t let them fool you. They’ve done the exact opposite — putting our families, communities, and first responders at greater risk," Wilson said in a statement.
Alabama will join the 21 states that allow concealed weapons in public without a permit.

The Alabama House of Representatives voted 70-29 for the bill approved by a conference committee. The Alabama Senate voted 24-6.

"I don’t think that just because you own a firearm that you should have to pay a tax, or a fee, to carry it," GOP Rep. Shane Stringer, the legislation’s sponsor, said. The bill does not do away with concealed carry permits and Stringer said he thinks many people will still get them voluntarily.

"You are making it easier for the lawless," Rep. Thomas Jackson, a Democrat from Thomasville, told Stringer during the debate.

Opponents have pointed to the state’s already high rate of gun violence. Alabama in 2020 had the country’s fifth-highest rate of gun-related deaths – including suicides and murders — with 1,141 deaths, according to numbers from the Centers for Disease Control and Prevention.

The Alabama Sheriffs’ Association opposed the bill. During public hearings, law enforcement officials said the permits are a tool officers use daily to remove weapons from the hands of individuals who should not have them in the first place.

Lee County Sheriff Jay Jones, the president of the sheriffs' organization, said the change will present a challenge for law enforcement but said they remain committed "to ensuring the safety of our communities and the men and women of our agencies."

A new state database is under development to help officers flag people who are prohibited from possessing a handgun. Stringer, a former captain in the Mobile County sheriff’s department, said he believes that will be a better system to catch people who should not have handguns. The president of the Alabama Sheriffs’ Association has said he does not think the database will effectively replace the safety checks provided by the permits because of inevitable gaps in data collection.

Lawmakers made several changes to the bill to try to alleviate some of law enforcement’s concerns.

During a traffic stop or other investigation, an officer who has a reasonable suspicion that a person was about to engage in criminal conduct, could temporarily take a handgun and run it through databases to see if the gun was stolen. The officer could also check the person’s criminal history.

An officer could also temporarily take a weapon if a reasonable person would believe it is necessary for the safety of the officer or others, but it must be returned unless there is an arrest, or the person is posing a safety threat. The legislation would steer up to $5 million in state funds to sheriffs’ offices to compensate for the funding loss from permit fees.

"NRA will continue to champion this God-given right until every state in the nation is a constitutional carry state," NRA-ILA Executive Director Jason Ouimet said in a statement.