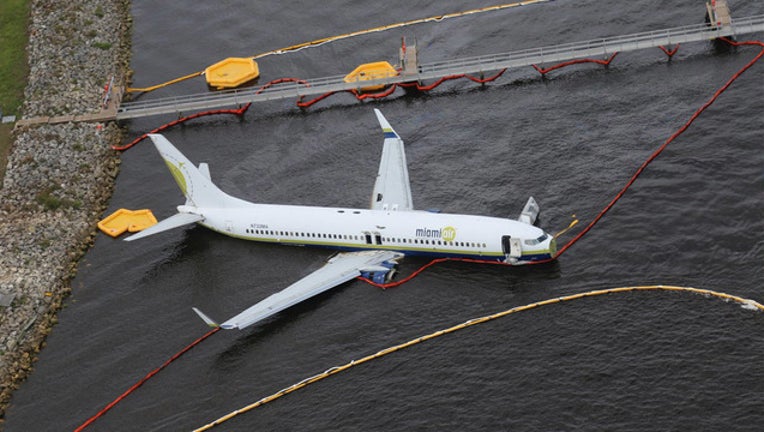 JACKSONVILLE, Fla. (AP) - A passenger on a chartered jet that skidded into a river at a Florida military base is suing the airline.

Passenger Gary Moss is seeking damages up to $156,000 for medical expenses. The May 30 lawsuit against Miami Air International claims the flight crew lost control of the aircraft on a rain-covered runway but never warned the passengers to brace for impact.

Moss' attorney Galen Bauer says the international flight falls under the Montreal Convention, which allows passengers injured in crashes to be reimbursed without proving the airline was at fault.

The Boeing 737 was traveling from Guantanamo Bay, Cuba, on May 3, when it landed at Naval Air Station Jacksonville, then skidded into the St. Johns River with 143 people aboard. There were numerous injuries.

The airline didn't respond to a telephone call.