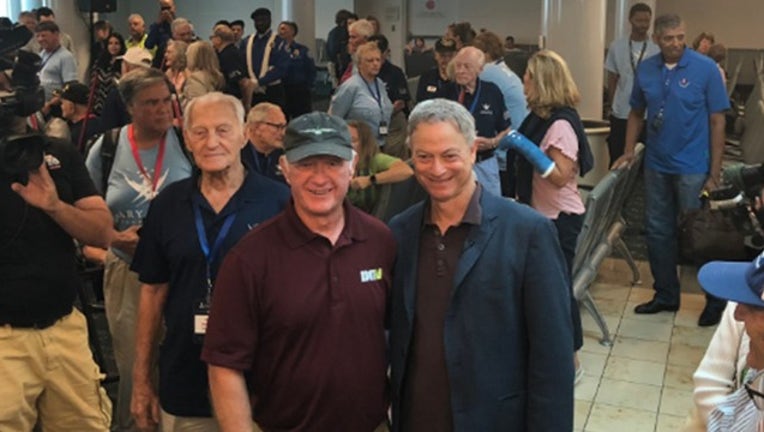 “I haven’t been there in about 40 years,” said Army veteran Frank Reiser.

During World War II Reiser served in the infantry division for two years. He said he is thrilled to visit the museum again and see all the changes, but he knows it will bring up some sad memories.

“I’ve got two buddies that I keep remembering constantly and some of the stuff is going to remind me of them,” he said. “One of them was a bazooka man. If I see a bazooka in there, I’ll go, that’s him.”

Army Air Corps veteran Toby Kafa said it will be her first time visiting the museum, which is ironic since she is one of museum’s charter members.

“I’m delighted that I’m finally going because my name should be on the wall there,” she said.

Sinise will accompany the veterans on the trip. He said while they are there each veteran will get the chance to record their personal WWII story. It will be saved in the museum’s archives and used in exhibits.

“I think it’s critical. There was never a time more thinly on the line than during WWII,” Sinise said. “It’s important for the greatest generation to pass those stories down to younger generations.”