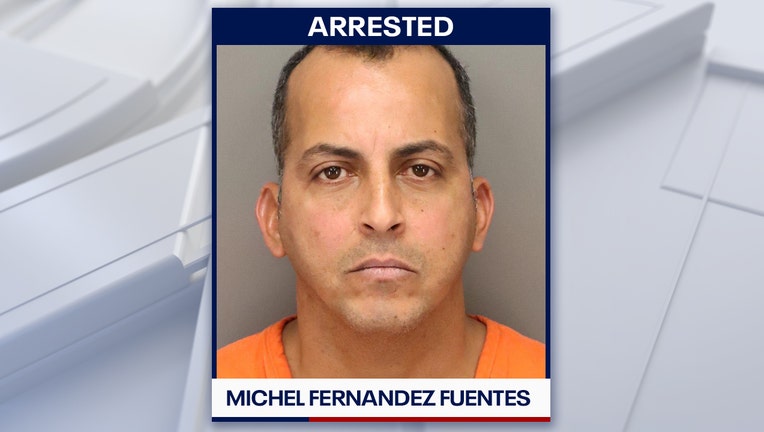 ST. PETERSBURG, Fla. - A Tampa man is facing video voyeurism charges after deputies say they found more than 150 photos on his phone that appeared to be taken of people in bathroom stalls while investigating a complaint from an 11-year-old boy.

According to an arrest report, Michel Fernandez Fuentes secretly recorded the child using the toilet in an adjacent bathroom stall at St. Pete/Clearwater Airport.

The boy told investigators that he saw his own image on the screen of the device and saw that the device was recording him.

Several minutes later, the arrest report stated that a second victim entered the bathroom and reported seeing his own image on the screen of the defendant's cellular phone under the stall.

Deputies say the two victims are unknown to each other and were boarding flights to separate destinations.

READ: ‘I hope you rot in prison’: Man convicted of sexual battery, video voyeurism gets 4 decades behind bars

Investigators seized the phone and say they found 160 photos taken between December 2021 and February 2022 that appeared to be taken in bathroom stalls, the majority of which captured other people using the toilet in an adjacent stall.

A search of the phone's logs indicated that the camera and phone gallery was accessed multiple times while both victims were in the bathroom with Fernandez Fuentes, according to the Pinellas County Sheriff's Office.

According to the arrest report, four video files were created and deleted on June 30, 2022, around 2 p.m., which corresponds with the times the victims were in the bathroom with Fernandez Fuentes.

Fernandez Fuentes told deputies he didn’t open the camera application on his phone while in the bathroom and denied viewing or recording the victims.