9-year-old girl dies after being struck by school bus in Bethesda, officials say

A 9-year-old girl has died after she struck by a school bus on Thursday in Bethesda.

BETHESDA, Md. (FOX 5 DC) - A 9-year-old girl has died after she struck by a school bus on Thursday in Bethesda.

Montgomery County Fire and Rescue Service officials say the incident happened on Tanglewood Drive and Millwood Road at around 3:49 p.m.

Police say the school bus driver had turned onto Millwood Rd. from Tanglewood Dr. after unloading several students, including the 9-year-old girl, at the intersection. For reasons unknown at this time, the girl was hit by the bus.

The girl was transported to a local hospital with traumatic injuries after she was struck, officials say. She was pronounced dead Thursday night.

Police told FOX 5's Evan Lambert the incident appears to be a terrible accident. The school bus driver is cooperating and there is no indication of impairment.

Principal Karen Caroscio sent a letter home to parents and guardians Thursday evening. Read it below:

"The purpose of this letter is to inform you about an incident that occurred after school this afternoon involving one of our fourth-grade students.

The care and concern expressed by the community is appreciated. I recognize that many of you are wondering if there is anything you can do to support the family.

As you can imagine, the family is devoting their full attention to their child, and they have asked for us to respect their privacy at this time. Our thoughts go out to the family as we wish the student a full recovery.

We will have counselors available at school tomorrow morning. If you have questions or if your child needs specific supports, please contact us tomorrow at school." 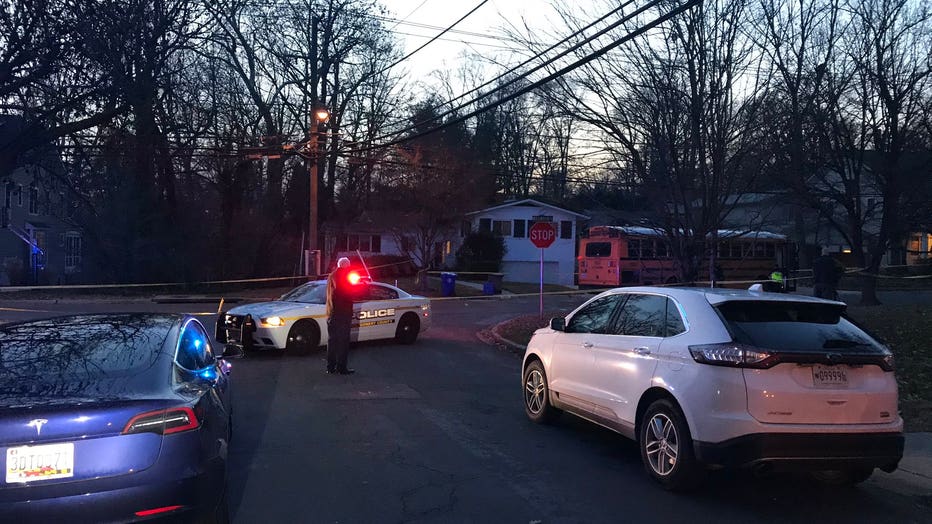