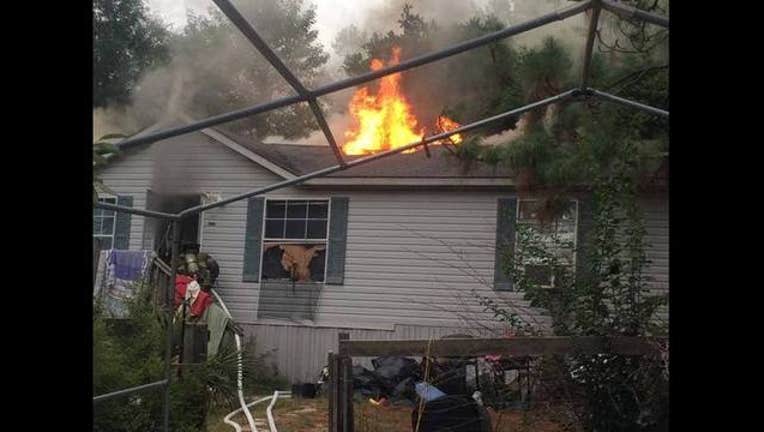 Marion County Fire Rescue reports that no people were in the home when the fire began on Thursday, likely from a lightning strike.

The Ocala Star-Banner (http://bit.ly/1SQKxN4) reports that 25 firefighters from 13 units responded to the blaze and found nearly half of the home already in flames.

A couple and their daughter lived in the single-wide mobile home.