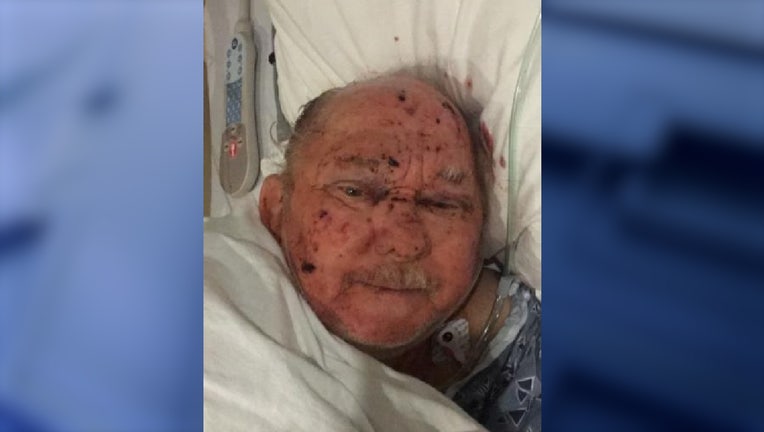 (Photo via the Clermont Police Department)

CLERMONT, Fla. - An 81-year-old Florida man was shot after police say he began shooting at firefighters and officers who came to his Clermont home on Friday night.

The Clermont Fire Department and EMS were called to the home on W. Hwy 50 around 8 p.m. by the man's wife. They say when they arrived, the man, later identified as Wallace Sims Wainwright, began shooting at them. They immediately left the area for safety and no one was injured.

When Clermont police arrived to assist with the situation, they say the Wainwright began shooting at them too. An officer returned gunfire, hitting the man. Police immediately began giving medical attention to the alleged gunman. He was taken to a local trauma center and is reportedly in stable condition. No officers were injured during the incident.

Wainwright is being charged with attempted felony murder, aggravated assault with a deadly weapon and attempted murder of a law enforcement officer, Clermont police said.

MORE NEWS: This school district planning to put AR-15 in every school in the event of another school shooting

The Clermont Police Department is cooperating with the Florida Department of Law Enforcement who will conduct an investigation.  The officer who fired his gun was placed on administrative leave with pay pending the outcome of the investigation.

Clermont Police Chief Charles Broadway says he is thankful that all of the first responders involved are safe and they were able to return home to their families at the end of their shift.