Ryan Kaji of Ryan's World has earned the top spot on Forbes' annual list of highest paid YouTube stars for two years in a row.

LOS ANGELES - The highest-paid YouTube star in the world is an 8-year-old who hosts a channel reviewing toys and conducting science experiments for other kids.

Ryan Kaji, who hosts the YouTube channel Ryan’s World, generated an estimated $26 million in revenue, according to Forbes’ annual list of YouTube stars pulling in the most cash. Kaij also made the top spot on ﻿last year’s list, earning $22 million.﻿

Just behind the young multi-millionaire was Dude Perfect, the five-man sports crew, at $20 million, and Russian-born 5-year-old Anastasia Radzinskaya in third at $18 million. 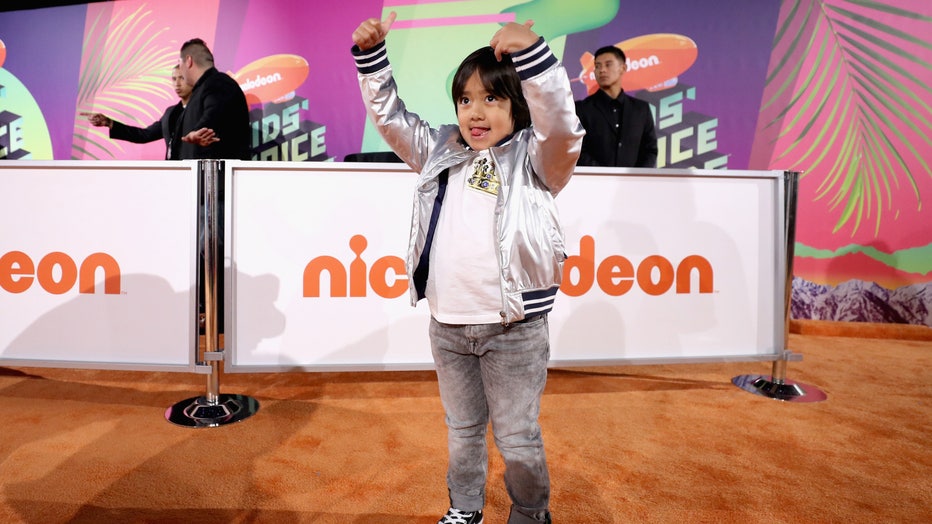 Ryan’s World has 23 million subscribers and has generated more than 34 billion video views since joining YouTube in 2015. In addition to YouTube, Kaji also has a line of more than 100 toys, clothing items and more — in addition to a show on Nickelodeon and a deal with Hulu, according to Forbes.

The earnings are pre-tax estimates from June 1, 2018 to June 1, 2019 and don’t account for agent, manager or lawyer fees — but still, that’s a lot of money for a mini-mogul who just loves to play with toys.

In 2017, Kaji was named the eighth highest-paid YouTube star, in a tie with the comedy account Smosh.

"The best part of making videos is that I get to spend time with my family, and we have so much fun together, especially my younger sisters Emma and Kate," Kaji told the website Moms.

When asked what has led to his online success, Ryan previously told NBC News: “I’m entertaining and I’m funny.”

His parents told the network that he’s very sociable at school and a “picky eater.”