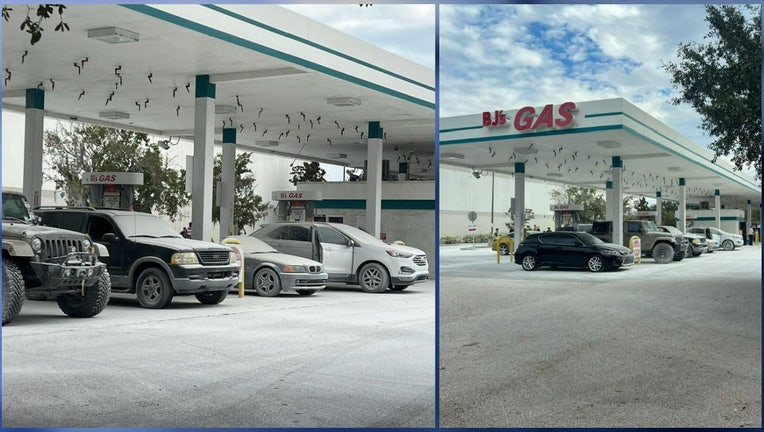 SANFORD, Fla. - No, it did not snow in Florida, but at one gas station it looked like it had.

A contractor working on another system at the BJs Wholesale Club gas station in Sanford on Tuesday mistakenly activated the gas station's fire suppression system, which caused a white chemical to be sprayed over a handful of vehicles, those pumping gas, and the ground.

Four people were taken to the hospital, according to Seminole County Sheriff's Office. An update on their conditions was not immediately available. Five people refused to be transported, and two other people were being evaluated.

Paramedics showed some people being treated with fluids at the gas station.

"We were all pumping gas and then we heard pops. When I looked up and over, all the fire extinguishers started popping and dropping the fire thing over everybody," one man said. "As it was coming across, I looked up and it popped right over me."

"The whole gas station was full of it. We were bathed in it," he said.